Bowel cancer cells missing one of three genes can rapidly reshuffle their genetic 'pack of cards' - the chromosomes that hold the cell's genetic information. 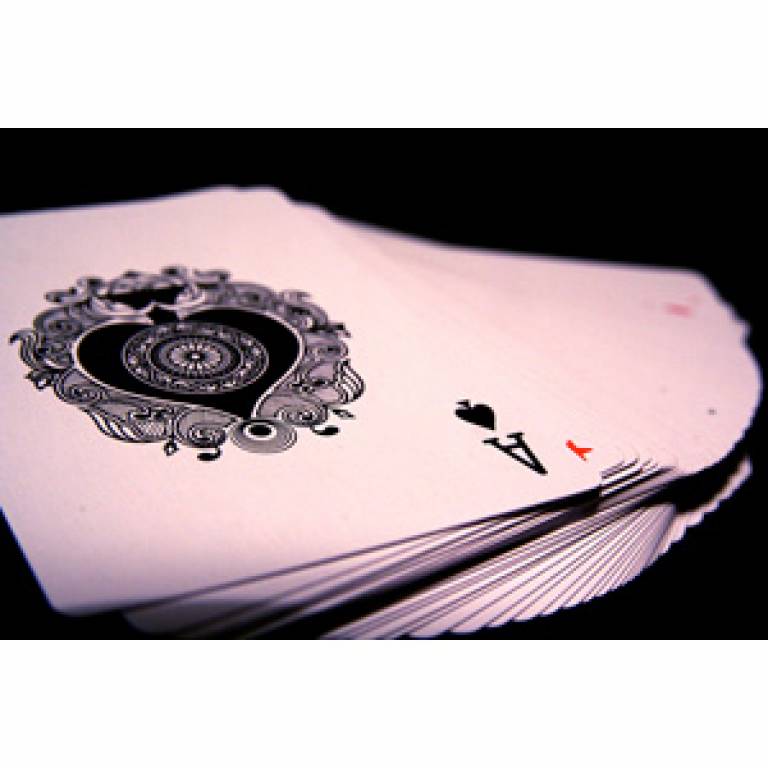 This reshuffling has been previously shown to render tumours more resistant to treatment.

New research, published today in the journal Nature, shows that this genetic 'card trick' can be caused by the deletion of three genes found on one particular chromosome, a region known as '18q'.

Loss of this region is well-known in bowel cancer and the new findings help shed light on the role it plays.

Normal human cells have 46 chromosomes, each of which is a long string of DNA. But in certain bowel cancers, this number can change over time - a process called chromosomal instability. This makes the cells in a tumour incredibly diverse, and helps it become resistant to treatment. Patients whose bowel cancer cells contain particularly unstable chromosomes are known to do worse.

Too much instability prevents cancer cells from being able to function, ultimately stopping them from working normally and causing them to die. We're looking for ways to target this process and tip cancer cells over the edge.

Lead author Professor Charles Swanton (UCL Cancer Institute and Cancer Research UK's London Research Institute) says: "Recent work from our lab and other groups has shown that the genetic landscape within a cancer is very complex, fundamentally changing our understanding of the disease.

"One explanation behind this is that cancers are able to continually shuffle their genetic pack, and deal themselves a better 'genetic hand'. This diversity may help them adapt to new environments, promote tumour spread, or contribute to cancer drug resistance.

"By unravelling how this process happens we can now look at turning this strength of cancers into a weakness - too much instability prevents cancer cells from being able to function and ultimately stopping them from working normally, causing them to die. We're now looking for ways in which this process can be targeted in order to tip cancer cells over the edge."

For all cells, including cancer cells, dividing in two is a two-step process. First, they must copy their chromosomes, and then split the copies between two new daughter cells.

The researchers found that loss of any one of three particular genes on chromosome 18q interfered with the normal copying process.

This, in turn, led to mistakes in chromosome separation - resulting in chromosomal chaos.

None of the three genes has previously been shown to be involved in chromosome stability.

The researchers were able to dramatically reduce this chromosomal instability in bowel cancer cells lacking the three genes. They did this by adding the basic building blocks of DNA to the cells - called nucleosides - preventing further copying errors from occurring, and the chromosomes from being shuffled.

Professor Nic Jones, Cancer Research UK's chief scientist, said: "This region of chromosome 18 is lost in many cancers, suggesting this process is not just seen in bowel cancers. By understanding how cancer cheats at life's card-game, we can see how an individual person's cancer can be so complex and varied. Scientists can now start looking for ways to prevent this happening in the first place or turning this instability against cancers."