The secret of male beauty (in turkeys)

The essence of male beauty is down to the way males use their genes rather than what genes they have, according to a new study into the sexual attractiveness of turkeys. 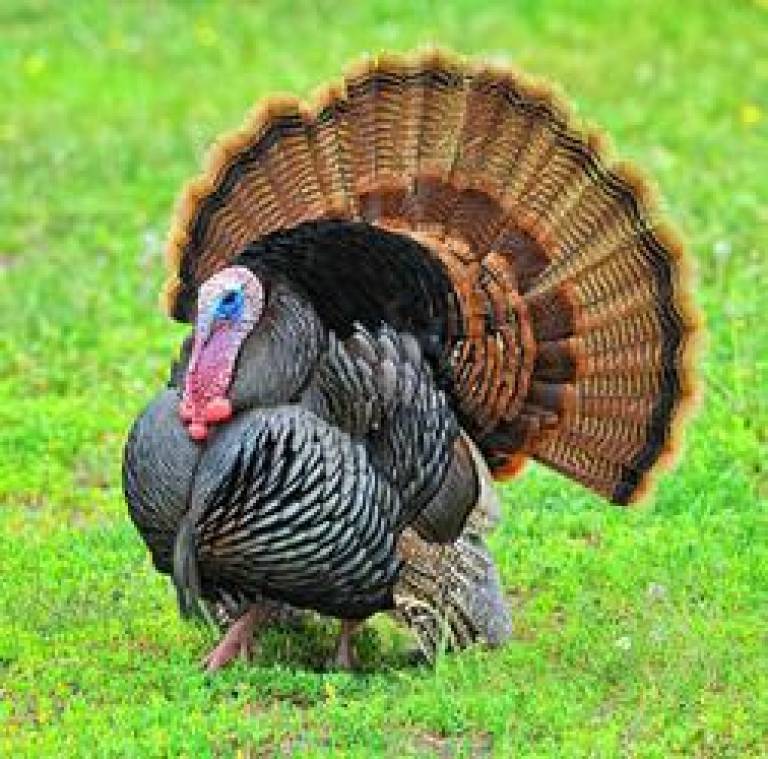 Geneticists have long puzzled over why individuals of the same sex show a greater or lesser degree of sexual attractiveness. In other words - why are some people better looking than others when they're genetically similar?

In a new study, published today in the journal PLoS Genetics, scientists turned to male wild turkeys to solve the problem. They found that among turkeys that are brothers (and therefore share the majority of their genes), 'dominant' males show higher expression of genes predominantly found in males, and a lower expression of genes predominantly found in females, than their subordinate brothers.

Therefore, dominant males were both masculinised and defeminised in terms of their gene expression. A male's attractiveness is a function of how they express their genes, rather than the genes themselves.

Professor Judith Mank (UCL Research Department of Genetics, Evolution & Environment), senior author of the paper said: "Sexual attractiveness varies markedly between individuals of the same sex. These differences can have a significant impact on how successful an individual is with the opposite sex.

"Here, we have shown that male beauty is a result of how you use your genes, rather than the difference in the genes themselves.

"Even though humans don't have clear dominant and subordinate types, they do exhibit a range of sexual dimorphisms - some individuals are more attractive to the opposite sex than others."

Whether a male is dominant or subordinate is determined the winter before they reach sexual maturity, when brothers come together and battle for dominance. The 'winner' adopts the dominant form, while the other brothers become subordinate - assisting their brother in mating, but not siring offspring themselves.

Scientists are still unsure of the process by which some male turkeys become dominant or submissive, but suspect that concentration of male hormones, or androgens, may play a role in gene expression.