Students from the UCLU Musical Theatre Society helped two schools in the Camden region to put on the musical Hairspray. 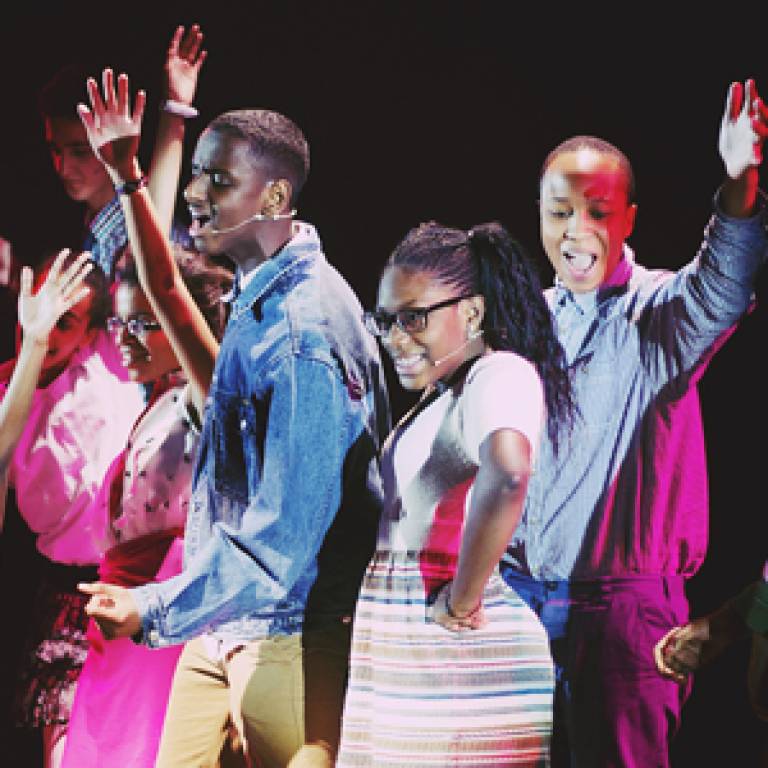 A production team of UCL student directors, choreographers and musical directors worked with children from UCL Academy and Regent High School to stage the upbeat musical.

The collaboration began back in September 2011 with a conversation between Sam Lansdale, a UCL Physics student, and Fiona Addison from the UCLU Volunteering Services Unit.

Sam Lansdale, who directed the show, said: "The mission of the project, from the outset, was to inspire young people to participate in the performing arts and to provide them with a better understanding of university student life."

After a year of planning, one of the most ambitious student-led projects undertaken at UCL was beginning to take shape, and auditions took place at the two schools in October 2012.

The cast of 34, with children aged 11-17 years old, rehearsed weekly from November 2012. Six months of hard work later the final performances were held at Regent High School on 13 and 14 March 2013.

Fiona Addison from the UCLU Volunteering Services Unit said: "The show was a brilliant success with extremely impressive performances from the cast.

"All this was made possible through the collective support of a dedicated team of staff and volunteers from the schools and university. The many new talents discovered and harnessed, a better understanding and appreciation of each others differences and the new friendships formed between the students, staff and volunteers will be a lasting impact of the collaboration - which has already inspired new project ideas for the future."