Ready, steady, slow! Why top sportsmen might have 'more time' on the ball

Professional ball game players report the sensation of the ball 'slowing-down' just before they hit it. 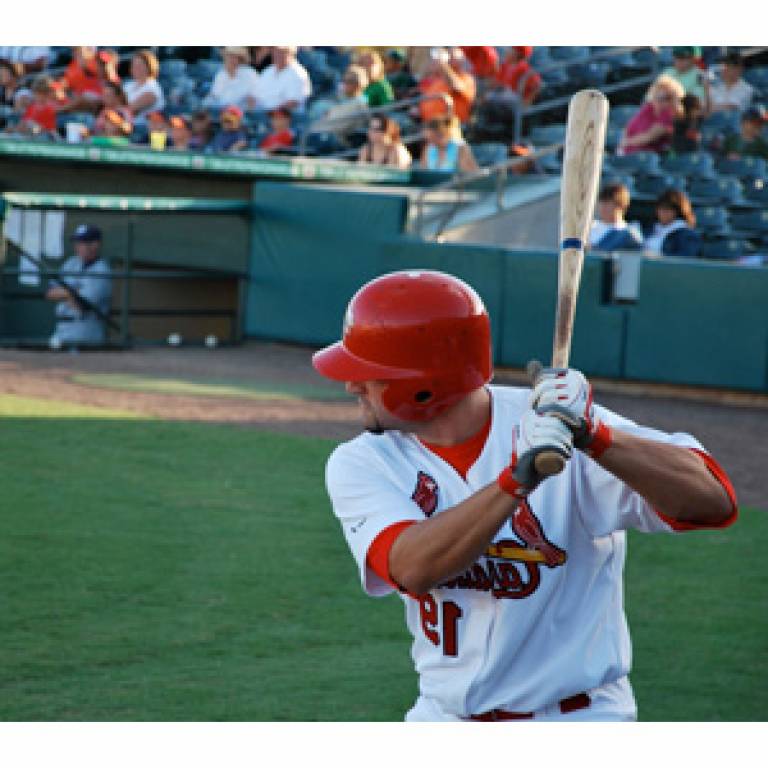 Confirming these anecdotal comments, a new study published in Proceedings of the Royal Society B shows that time is perceived to slow down during the period of action preparation, as the result of an increased intake of visual information.

The researchers, from UCL's Institute of Cognitive Neuroscience, suggest that this brain mechanism might help the player to adapt their planned movement in response to last-minute changes in the game around them.

Precise movements are often accompanied by less sensory awareness, and thus any previous report of the illusion of time slowing down has been associated with the senses overcompensating for this. Here, scientists show for the first time, that time is perceived to slow during the preparation (rather than execution) of a rapid reaching movement involving increased sensory processing.

The researchers asked 56 participants to touch a screen or press a button dependent on specific visual cues. They then had to indicate whether the cue symbol had been displayed for a short or long time (they had received training as to which lengths of time, in control situations, were considered short or long). The experimenters found that the symbols people saw while preparing to move, were perceived to be prolonged, relative to a control condition without movement.

Preparing to reach for the screen increased perceived duration of a visual stimulus. This effect was tightly linked to preparing for action, because time appeared to slow down even more when people were given more instructions about their upcoming movement.

The more people prepare for an action, the more dramatically time seems to slow down for them just before they begin the action. This expansion of time may boost visual parts of the brain, by allowing more processing cycles, generating more information about the situation.

Moreover, participants were able to process the information given by the symbols more quickly, resulting in higher detection rate of rapidly presented symbols. These findings indicate that visual processing during action preparation is accelerated, with direct effects on perception of time.

Dr Nobuhiro Hagura, who led the UCL team, said: "Our experiments showed that the more people prepare for an action, the more dramatically time seems to slow down for them just before they actually begin the action.

"This expansion of time may boost visual parts of the brain, by allowing more processing cycles, generating more information about the situation.

"In a game like tennis or baseball you have to coordinate your actions with quick and unpredictable changes in the flight of the ball. Our brain is tuned for action; when you know you are getting ready to hit the ball it seems that your brain gives you a bit more time to analyse the visual world."
-Ends-

Image caption: A baseball player preparing to strike the ball, from Pierre-Olivier on Flickr