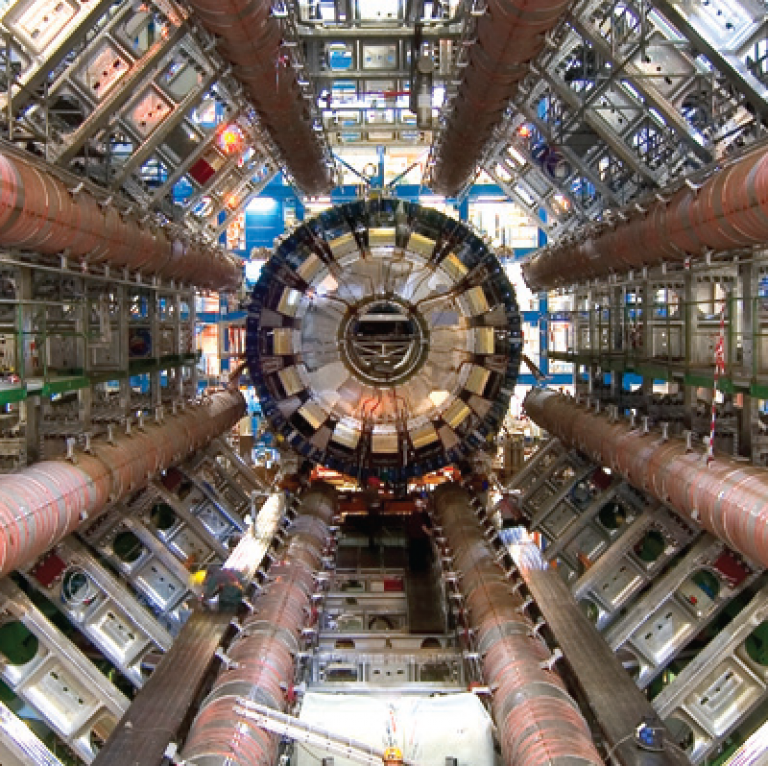 The award will support the UCL HEP's work at CERN's Large Hadron Collider, where the group is seeking to measure the properties of the new fundamental particle discovered in July. It aims to determine whether this particle is indeed the Higgs Boson or something more esoteric, and to establish conclusively what is the mechanism that gives particles mass.

The award will also support work to understand the properties of the neutrino, particularly whether the particle is its own anti-particle; whether the neutrino sector holds the answer as to why the universe is dominated by matter and there is so little anti-matter; and what is the source of ultra-high energy cosmic neutrinos.

Longer-term initiatives to develop next generation accelerators and detectors, and a new experiment to search for rare decay modes of the muon have also been supported.