Mexiletine, a decades-old drug previously used to treat abnormal heart rhythms, has been used to alleviate the symptoms of patients with nondystrophic myotonias (NDMs), rare diseases that affect the skeletal muscle and cause functionally limiting stiffness and pain. 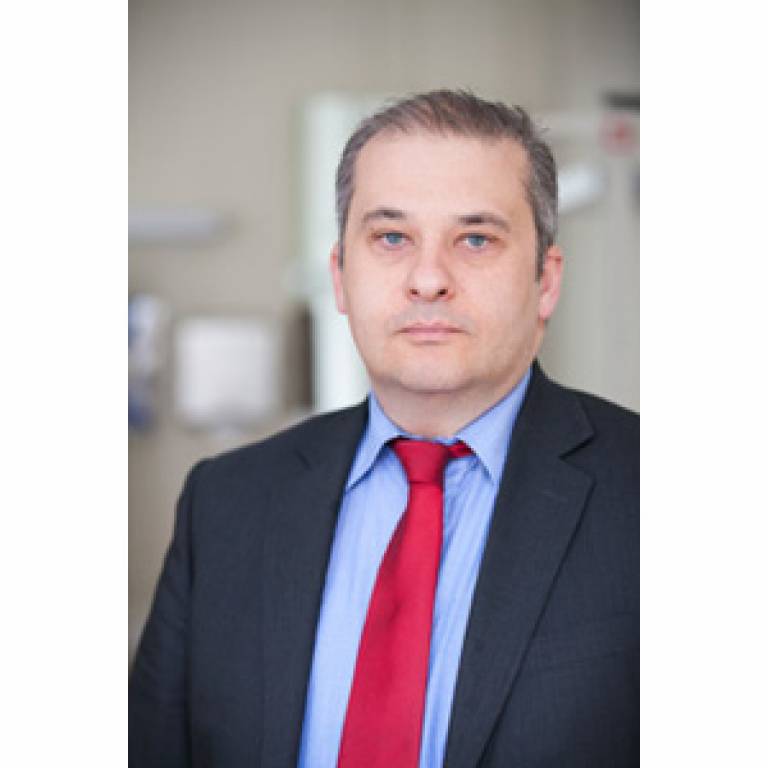 The preliminary research, published today in The Journal of the American Medical Association, shows that taking mexiletine can improve patient-reported stiffness.

NDMs are estimated to affect about 1 in every 100,000 people. They are not life-threatening, but can be debilitating, as patients' muscles contract and won't relax, causing functionally limiting pain, stiffness and fatigue which can often be severe enough to stop the patient from being able to work.

Professor Hanna, a senior author on the paper, says: "These disorders can be extremely severe and the effects can stop people from working. Patients who took the repurposed drug, mexiletine, reported that their stiffness improved, they had less pain and they also performed better on handgrip tests. The findings are exciting because this treatment can make the difference between patients being able to work and not, but further research is required.

It is harder to do clinical trials in rare diseases because individual researchers aren't able to see the volume of patients required... (but) finding treatments for rarer diseases is an important goal for the NIHR University College London Hospitals Biomedical Research Centre.

"It is harder to do clinical trials in rare diseases such as nondystrophic myotonias because individual researchers aren't able to see the volume of patients required. However, if you are a patient with a rarer disease - something which is harder to study - you should still have access to research and treatment. That's why we set up this international collaboration to pool our resources and share information. Finding treatments for rarer diseases is an important goal for the NIHR University College London Hospitals Biomedical Research Centre."

Data on treatment of NDMs are largely anecdotal, consisting of case series and single-blind, controlled trials of several medications including mexiletine, according to background information in the article.

This new international study was conducted to determine the effects of mexiletine for symptoms and signs of myotonia (prolonged failure of muscle relaxation after contraction) in patients with NDMs. The randomized study, part of the National Institutes of Health-funded Rare Disease Clinical Research Network, was carried out between December 2008 and March 2011 and included 59 patients with NDMs.

The patients (33 men, 26 women; average age, 43 years) received either oral 200-mg mexiletine or placebo capsules three times daily for four weeks, followed by the opposite intervention for four weeks, with 1-week washout in between.

Data from 57 participants who made telephone calls to the IVR diary were included in the analysis and the researchers found that mexiletine was associated with significantly improved levels of stiffness as reported.

There were significant improvements with mexiletine in most other outcomes in the study, including patient-reported outcomes, quality of life scales, and quantitative measures of myotonia (improved myotonia as measured on clinical examination by overall handgrip times in seconds).

"The most common adverse effect was gastrointestinal (9 mexiletine and 1 placebo). Two participants experienced transient cardiac effects that did not require stopping the study (1 in each group). One serious adverse event was determined to be not study related," the authors write in the paper.

"Our study provides preliminary evidence of the effectiveness of mexiletine for symptoms and signs of myotonia in NDMs," the researchers continue. "The clinical significance of the improvement in stiffness score on the IVR diary is supported by the broad improvement in clinical, quantitative, and electrophysiological measures of myotonia."