Balancing fertility and child survival in the developing world

Children in smaller families are only slightly more likely to survive childhood in high mortality environments, according to a new study of mothers and children in sub-Saharan Africa seeking to understand why women, even in the highest fertility populations in world, rarely give birth to more than eight children. 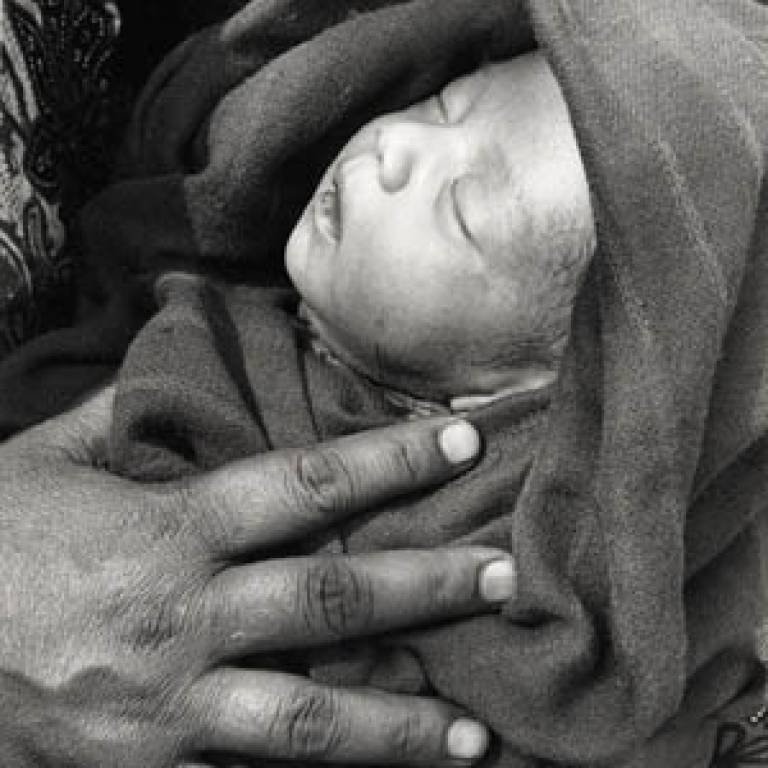 The study by Dr David Lawson and Dr Alex Alvergne from UCL Anthropology, and Dr Mhairi Gibson from the University of Bristol, challenges the popular theory proposed by evolutionary anthropologists that natural selection sets the upper limit of high fertility to balance a 'life history trade-off'' between fertility and child survival, with too many births believed to dangerously compromise a mother's ability to provide sufficient care for each child. The study also considers why fertility rates drop when societies become richer, a trend referred to as the demographic transition.

The research, published today in the journal Proceedings of the Royal Society B: Biological Sciences, compiled information on over 150,000 mothers and their children from 27 sub-Saharan African countries using the Demographic and Health Surveys - national household surveys that record information on births, deaths and measures of health and socioeconomic status throughout the developing world. This enabled Lawson and colleagues to statistically test, with much more data than ever before, when and where high fertility places children at risk.

Overall, the results confirm that mothers with many children are more likely experience the death of a child. Younger mothers, and particularly those that had many children early in life were also most likely to see a child die. Furthermore, being a twin or being born relatively soon after an older sibling also decreased the likelihood of early survival. However, while important from a public health perspective, these relationships were much weaker than predicted, with those women that have the most births always predicted to produce more surviving offspring in total.

Lead author Dr David Lawson says: "In the poorest countries, as many as 1 in 4 children may die before they reach five years of age, but the number of births a woman has is only weakly predictive of whether or not her children will live. Instead, parents in these countries, particularly when poor and unhealthy themselves, often have very little ability to protect their children from the common causes of death, such as malaria, diarrhoea and respiratory infections. Our results imply that for these parents, limiting the number of births as a strategy to invest more time caring for each one only modestly improves the prospects of child survival.

"It seems more likely that natural selection favours fertility limitation because of the the costs of offspring production. Pregnancy and lactation are hugely energetically expensive in humans and few women's bodies can cope with more than eight pregnancies in a lifetime. This fits well with the observation that in many traditional societies, women rarely appear to consciously limit the number of births, instead their bodies do this for them, automatically suppressing ovulation while they breastfeed and aborting conceptions when they are in poor physical condition.

"The results of the study also improve our understanding of why fertility rates fall when populations undergo socioeconomic development. "We find that when mortality is lower and maternal education and health improved, fertility limitation is more likely to reduce remaining child mortality risk, and according to our previous studies, also improve the chance that those offspring will grow up to be successful adults. This suggests fertility drops as societies become richer and more stable, because such wealth and stability now enables parents to invest more effectively in the wellbeing of their children, provided they keep family size small."