Members of the public asked to help tend Feynman's Flowers

Researchers at the London Centre for Nanotechnology (LCN) are asking members of the public to help unlock the secrets of magnetism at the molecular scale by taking part in a citizen science project entitled 'Feynman's Flowers', which officially launches today. 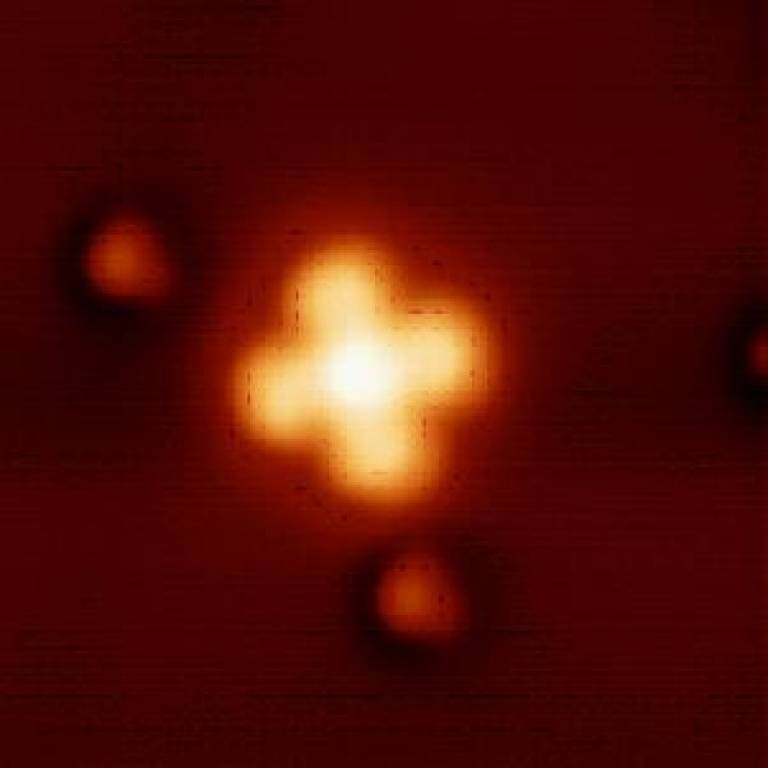 The project's website invites volunteers from across the world to analyse microscope images of individual molecules, which have characteristic flower shapes. Anyone can take part, and only a few clicks of the computer mouse are required to collect valuable information.

The Feynman's Flowers project will allow volunteers to measure the position of a molecule in relation to a metal surface to help scientists understand how this can affect the molecule's properties. Data that volunteers produce will contribute to a research project run by the group of Dr. Cyrus Hirjibehedin at the LCN, in collaboration with Tsinghua University in Beijing and the Citizen Cyberscience Centre.*

Currently, the research project is focused on exploring the behaviour of phthalocyanine molecules. In the past, these were used as dyes for fabrics, but scientists now realise that they also have interesting electronic and magnetic properties that make them potentially useful for creating nanoscale devices that can manipulate or store information.

By measuring the way that the molecules bind to metal surfaces, the volunteers will help scientists to learn more about their magnetic properties and how these can be useful for making devices. For example, other studies have shown that the angle at which the molecules bind to the surface can significantly change how long a molecule can store a bit of information before it is erased.

Ben Warner, a PhD student at the LCN who is leading the analysis of the work, explained: "Using individual molecules as circuit elements is the ultimate challenge in nanoscale science and engineering. Devices made this way could have a huge impact on society because they would store and process larger amounts of data in a smaller space using less energy. Through the development of this website, we are letting the general public directly participate in this exciting work."

Using individual molecules as circuit elements is the ultimate challenge in nanoscale science and engineering. Devices made this way could have a huge impact on society because they would store and process larger amounts of data in a smaller space using less energy.

This website is the first project of its kind in this area of physics, applying the power of crowd-sourcing to help understand images created by a scanning tunnelling microscope (STM). Operating at temperatures close to absolute zero (-273˚C), the STM allows scientists to image individual atoms and molecules on surfaces and to explore their fascinating magnetic and electronic properties. Public participation will allow for the analysis of data in ways that previously would not have been possible.

Feynman's Flowers is named after the famous scientist Richard Feynman, who in his 1959 talk entitled "There's plenty of room at the bottom" discussed what might happen if it were possible to manipulate matter at the atomic scale. "Flowers" refers to beautiful and distinctive four-petal shape of the phthalocyanine molecules when imaged with the STM.

* UCL and the Citizen Cyberscience Centre are partners in an EC project launched in October, called Citizen Cyberlab, which focuses on enhancing learning and creativity in citizen science projects.

Image: a scanning tunnelling microscope image of a magnetic molecule deposited on a metal surface. Volunteers will use the Feynman's Flowers application to measure the angle of the molecule to help scientists understand how this can modify the molecules properties on the surface.