An international team of scientists led by Professor Francesco Muntoni of the UCL Institute of Child Health has won an EU grant to develop and test a novel drug treatment for boys with Duchenne muscular dystrophy (DMD). 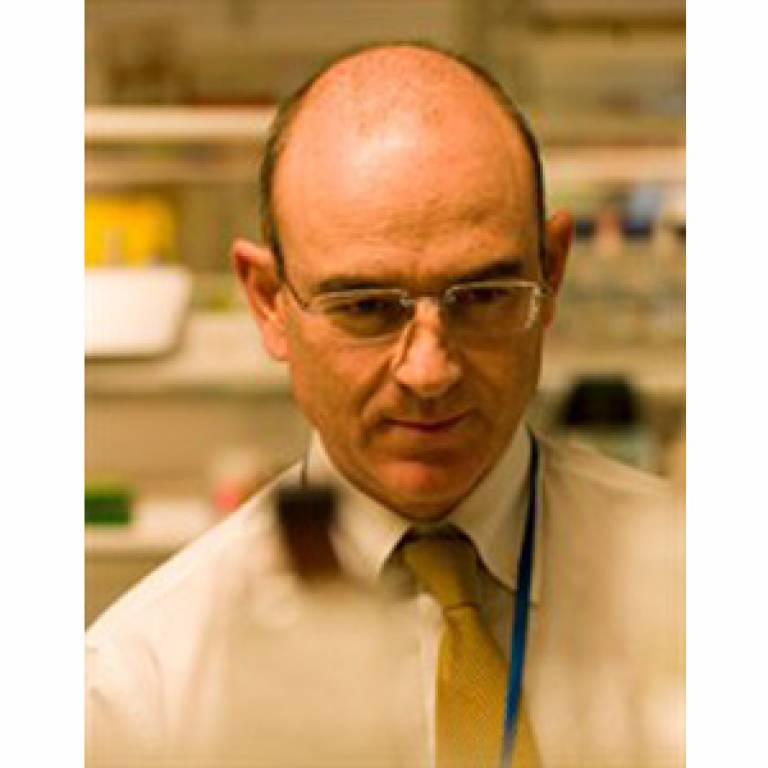 The clinical safety trial, which is not expected to start before autumn 2014, aims to recruit 12 boys - four from the UK - who have a particular genetic defect which the drug will target. The first stage of the trial will focus on identifying the best drug formula to 'skip' the area on the affected gene known as 'exon 53'.

DMD is a devastating condition that affects one in 3,500 male births, with around 100 new cases diagnosed in the UK each year. DMD is caused by errors in the dystrophin gene, which affect the production of an essential muscle protein called dystrophin.

The condition leads to progressive muscle weakness due to the breakdown and loss of muscle cells. By age 8-12, boys become unable to walk and by their late teens or early twenties the condition can become severe enough to limit life expectancy.

Once the study has received ethical approval, twelve DMD patients will be recruited in total - four each from the UK, Paris and Rome. Those with genetic deletions that can be rescued by the skipping of exon 53 - which the drug will be designed to do - will be eligible. Participants will be selected based on a range of criteria, including their ability to walk more than 250 metres during a six-minute walking test.

In theory, this approach could work for at least 70 per cent of DMD sufferers. However, further research is necessary to test the principle of this approach.

The main aim of the study will be to assess the safety and tolerability of the drug at different doses, but the team will also look at how the drug works inside the body and its efficacy in the longer term. It is expected that the first 21 months of the study will focus on identifying and fine-tuning the best drug compound to 'skip' exon 53.

Following this, the Phase I/IIa trial aims to administer the drug to three groups of boys over 12 weeks at a range of doses, with a fourth group receiving a placebo (non-active) compound. If well-tolerated, all the boys will then be treated for a further 24 weeks at the highest tolerated dose.

The 'exon skipping' method involves making a very small piece of genetic material ('molecular patch'), which once inside a muscle cell, will bind to its matching sequence of genetic code. This 'patch' is designed to bind a region surrounding the genetic error, in this case exon 53. However, the same molecular patch will not work for everyone. The dystrophin gene is large and genetic errors associated with DMD occur in different places along it. It is thought that several different patches will be required to cover the spectrum of genetic errors. Once the technology has been shown to be effective for a particular error, it should be possible to design other patches for different genetic errors.

The total EU-funded grant, "SKIP-NMD" is €5.5 million, with €1.4 million allocated to UCL and Great Ormond Street Hospital. The collaboration includes clinicians and researchers from Newcastle University, Universita' Cattolica Del Sacro Cuore (Italy) and Institut de Myologie, Pierre et Marie Curie University (France). For the pre-clinical stage, Royal Holloway, University of London will work closely with US firm Sarepta Therapeutics who will provide the drug, and cover half the drug production and pre-clinical and clinical trial costs. A number of other industrial partners will help to develop non-invasive tools to monitor disease progression and potential response to therapeutic intervention (SYSNAV, France and CRIS, Belgium).

Professor Francesco Muntoni, Dubowitz Neuromuscular Centre, UCL Institute of Child Health says: "This funding is excellent news for the DMD community, which has been eagerly awaiting developments in the targeting of other exons following our trial focusing on exon 51.

"Different compounds are required to skip different exons, so a panel of drugs will be needed to ensure as many boys as possible can be treated. In theory, this approach could work for at least 70 per cent of DMD sufferers. However, further research is necessary to test the principle of this approach. We eventually hope to carry out a series of clinical trials in DMD boys carrying different mutations, thus requiring different exons to be skipped."

UCL's European Research and Development Office (ERDO) led by Michael Browne played a major role in the compilation and submission of the EU proposal, which contributed towards our success in being awarded this grant. ERDO's dedicated European Project Management team will also provide project management support throughout the duration of the grant.