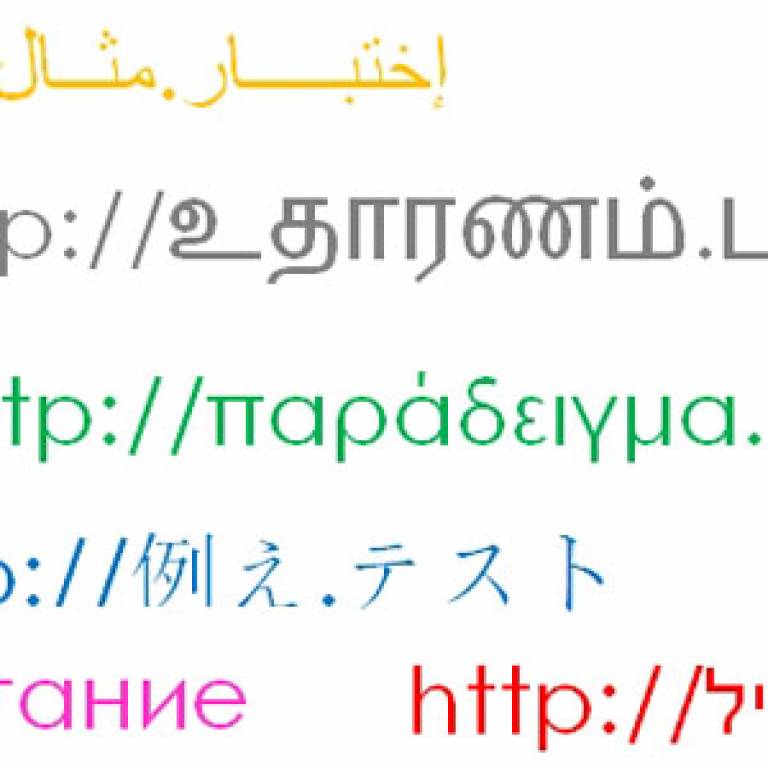 ICANN - the Internet Corporation for Assigned Names and Numbers, which coordinates the Internet's addressing system - has initiated the change which will open up an entirely new way of using the Internet.

An historic move to further internationalize the Internet, the project involves the web's biggest technical change since it was created four decades ago, and opens up access to millions of new global users, giving them the ability to express new names in their own languages and scripts.

UCL is working with ICANN to evaluate applications for new generic Top Level Domain addresses  (i.e. in addition to .com and .org etc.).

As a result of the New generic Top Level Domain Program there will be new addresses in non-Latin script based scripts such as Arabic, Chinese, Hindi, Japanese and Russian.

The UCL and ICANN Project Leader is Chris Dillon, Research Associate in Linguistic Computing in the Faculty of Arts & Humanities.

"UCL and the School of Oriental and African Studies form the world's leading centre of linguistic expertise with over 80 languages covered," says Chris. "UCL is the only university in the world to compute in every major world language."

"This is a game-changing project and UCL's involvement is confirmation of our position as one of the leading global institutions in both languages and digital technology."

The contract was won from ICANN by UCL Consultants Ltd using Chris's rare combination of non-Latin script linguistic and computer skills, against other bids from a number of high profile organisations including professional services firms.

Professor Henry Woudhuysen, Dean of the Faculty of Arts and Humanities and head of the project, said:

"This initiative will have profound implications for the Internet and for computing throughout the world. The Faculty of Arts and Humanities is ideally placed to support this work, and we are proud to be associated with it and with those who have helped bring it to UCL."

Professor Stephen Caddick, UCL Vice-Provost (Enterprise), added:
"This is a game-changing project and UCL's involvement is confirmation of our position as one of the leading global institutions in both languages and digital technology."

About the project team

UCL was chosen as a partner on this project because of its specialist expertise, range of departments, well-organised mechanisms for inter-disciplinary working and its experience of handling the practical and financial aspects of major projects.

The ICANN project has also been distinguished by high-level support from UCL Enterprise. UCL Business Partnerships'  Dr Anna Clark identified the potential of the project and provided initial development; while UCL Consultants' Project Manager Petra Dimmers and Acting Head Trish Greenan led the successful bidding process and negotiated the consultancy framework with bid partners InterConnect Communications and with ICANN, within which the evaluation work will be carried out.  UCL Consultants will provide project management support throughout the project.