UCL, Imperial College London and Intel have announced the launch of the Intel Collaborative Research Institute for Sustainable Connected Cities. 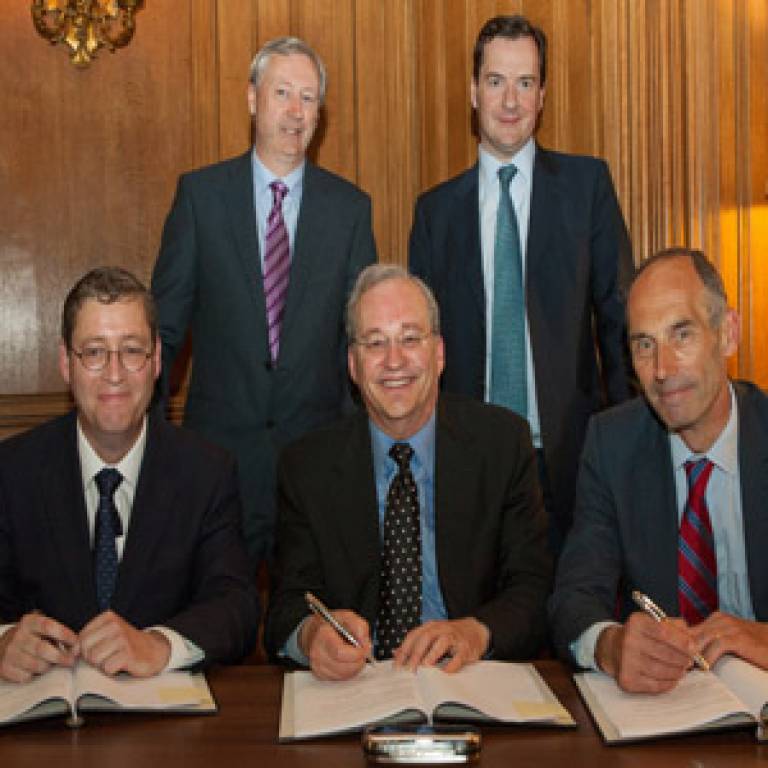 The new London-based institute will be Intel's first research centre and global hub dedicated to exploring how technology can support and sustain the social and economic development of cities worldwide.

The launch of the centre was unveiled at an event in 10 Downing Street, bringing together key decision makers and influencers from academia, industry and government.

The new London based institute aims to address the social, economic, and environmental challenges of city life with computing technology, helping to provide practical solutions to problems ranging from droughts and long commute times to wasteful use of energy. Using London as a test bed, researchers will explore technologies to make cities more aware by harnessing real-time user and city infrastructure data.

For example, a sensor network could be used to monitor traffic flows and predict the effects of extreme weather conditions on water supplies, resulting in the delivery of near real-time information to citizens through citywide displays and mobile applications.

Now, more than ever, it is vital that universities collaborate with each other and with businesses on projects such as this

"Now, more than ever, it is vital that universities collaborate with each other and with businesses on projects such as this," says Prof. Stephen Caddick, VP Enterprise at University College London. "Delivering research which can be taken out of the lab and onto the market will create new business opportunities and jobs, and contribute to the growth of the UK economy, which we so urgently need."

"In 2050, most of the nine billion people in the world will live in cities," added Justin Rattner, Intel chief technology officer and director of Intel Labs. "Therefore the demands of cities will be highly representative of the demands of humanity. Addressing these demands will be at the heart of the Intel Collaborative Research Institute for Sustainable Connected Cities, driving the development of new services to enhance people's quality of life."

The institute in London will initially employ about a dozen researchers focused on the application of computing technologies to enhance cities from a social, economic and environmental point of view. It will engage with local urban communities to understand how they want to live and involve them in designing technological innovations. These innovations will include making cities more 'aware and adaptive' by harnessing data gathered through sensor technologies embedded in city infrastructure and data shared by communities to develop models for more sustainable behaviour.

"The Institute could enable us to make all kinds of intelligent systems a reality in cities," says Edward Astle, Pro Rector Enterprise at Imperial College London. "One example of how our research could work in practice is where there is a major leak from a water supply, flooding the roads. We could introduce a network of sensors that would detect the leak, divert the flow of water to prevent damage and wirelessly transmit information to transport authorities so that traffic could be diverted, preventing congestion and general city-wide disruption."