The proportion of the world's population that lives in cities has been steadily rising, so that 3 in 5 of all people globally will live in a city by 2030. 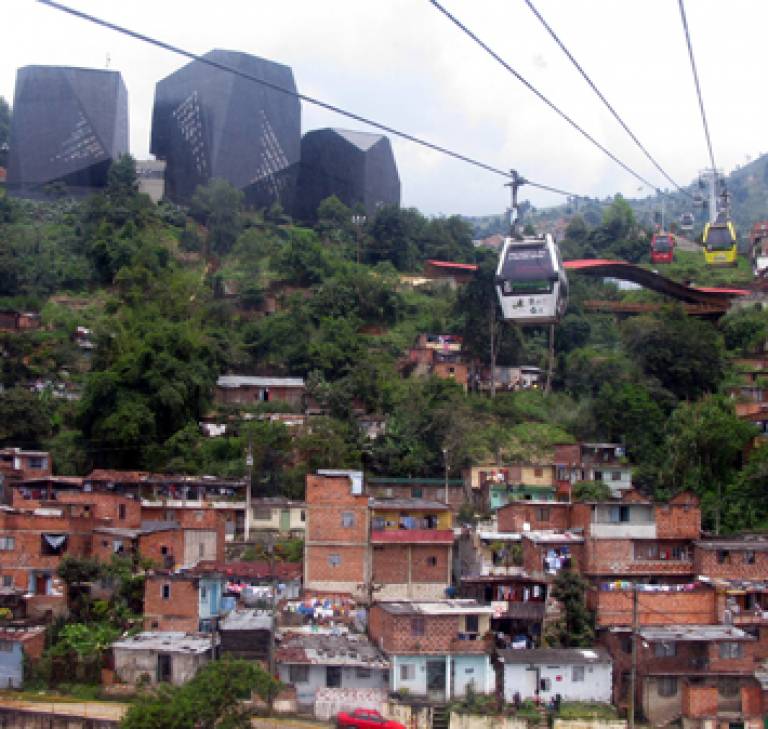 The UCL-Lancet Commission on Healthy Cities explores the many issues other than health services that contribute to population health in a city environment.


The Commission has been prepared by lead author Professor Yvonne Rydin (UCL Bartlett School of Planning) and colleagues at UCL and worldwide. The authors address issues that apply globally and use specific examples from cities as diverse as London, Bogota, Accra, and Toronto to illustrate the issues.

Just as London's first modern, large-scale, urban sewage treatment system resulted in a 15-year increase in life expectancy between the 1880s and the 1920s, so other large-scale planning initiatives can radically change the health outcomes of city-dwellers - especially for the poorest. In this report the authors recommend focusing on the delivery of a variety of urban projects that have a positive impact on health.

While cities have the potential to be healthier places for their citizens, this requires active planning. Economic growth cannot be assumed to lift all urban citizens into a zone of better health.

Examples from the report include community-led sanitation infrastructure programmes in the slums of Mumbai, India; action for urban greening to protect against heat stress in London summers; and transportation initiatives that encourage physical activity in Bogota, Colombia.

Professor Rydin says: "While cities have the potential to be healthier places for their citizens, this requires active planning. Economic growth cannot be assumed to lift all urban citizens into a zone of better health. Even in scenarios where health in a city has improved, without active maintenance of investments, gains made can be reversed, leading to increased rates of death and disease."

Today, around 3.4 billion live in urban areas, projected to rise to 6.3 billion by 2050. This growth will likely lead to more megacities (population 10 million+) concentrated in Asia, and more medium-sized cities in all locations, especially Africa. Among the projected world population of 9 billion in 2030, some 2 billion could be living in slum-like conditions in cities worldwide.

There is a perception that living in a city gives a person an 'urban advantage' over their rural neighbours. Today, in high-income countries, health outcomes are generally better in city than rural populations. But people living in poor areas in wealthy cities can often have much worse health indicators than both their wealthier city neighbours and some within the rural populations.

Professor Rydin says: "In many urban areas, rich people and poor people live in different epidemiological worlds, and the burden of ill-health is highest in the poorest groups. The double burden of communicable and non-communicable diseases is borne predominantly by poor people."

The Commission authors looked at cities as complex, interactive entities in which changes in one part of the system can have impacts on others. They use five case studies to illustrate important themes for healthy cities.

Each case study supports the argument for a new way of planning for urban health. Planners need to recognise that conditions of complexity make it difficult to capture all the necessary information about the links affecting urban health in one plan or strategy. Unintended consequences of policy action are likely to persist. Instead planners should be working with all urban health stakeholders, including local communities, particularly vulnerable communities.

Professor Rydin says: "There should be an emphasis on experimenting with and learning from diverse urban health projects. This can mean supporting communities in their own urban health projects, as with community latrines in Mumbai slums or urban food projects in London and Detroit."

The Commission concludes with five recommendations:

Urban agriculture presents opportunities for economic, social and environmental benefits for cities. The solid organic waste of city dwellers can be transformed via anaerobic digestion into gaseous energy and digestate, which can be used for fertilization. Grey and black water from showers, sinks, and gutters can be treated and used to irrigate crops. Urban farms provide jobs and nutrition, reduce food miles and create pleasant green spaces.