UCLU Women's Rugby Club has been chosen as the Young Volunteers Club of the Year at the RFU President's XV Awards 2012. 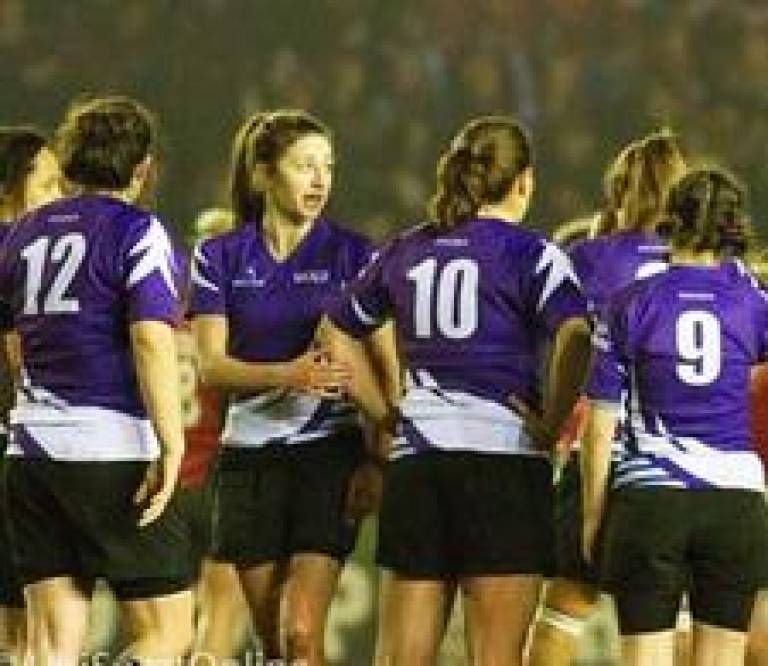 UCLU Women's Rugby Club are actively involved in volunteering and championing their sport through teaching rugby in local primary schools, teaching wheelchair touch rugby and playing ball games with elderly people. They have also taken part in other volunteering, such as carol singing at Euston Station, taking part in the Sport Relief Mile and getting involved with cupcake decorating workshops with local children.

Doris Chen, Club President, commented: "I'm so proud of our club's achievements this year, and to be recognised by the Rugby Football Union is just an incredible honour! I'm very thankful for all the hard work our Community Liaison Officer Michelle Parfitt has put in and the support we've received from Fiona Addison at the Volunteering Services Unit."

Alexandria Hingley, UCLU Sports and Physical Activity Development Co-ordinator, explained: "The Women's Rugby club have an unrivalled commitment to success on and off the pitch which is highlighted in their fantastic volunteering work. UCLU are extremely proud of what the Women's Rugby club have achieved this year. Receiving such a prestigious award as the RFU Presidents Award is the cherry on the top of a fantastic year for the club."

Winners have been chosen by a panel of judges who sought to identify and reward initiatives that promote the development of rugby at a grassroots level.