Three UCL students are celebrating the announcement that they have been chosen to represent the University as part of Samsung's nomination programme for the London 2012 Olympic Torch Relay. 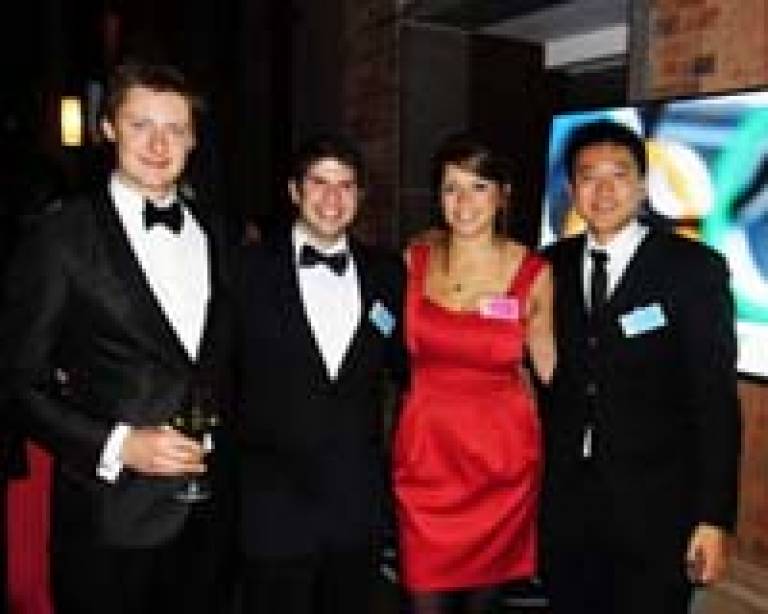 Daniel Grant, Tom Triall and James Xu will each carry the Olympic Flame through the East London Boroughs, Havering and Redbridge on Sunday 22 July. They will be part of the 70-day journey, facilitated by 8,000 Torchbearers, ahead of the start of the London 2012 Olympic Games.

Tom Triall founded the charity Food Cycle and commented: "Studying at UCL and helping to set up the Food Cycle hub was a privilege and being given the chance to carry the Olympic torch is unbelievable."

Dan Grant, European Handball Champion, explained: "I feel hugely honoured to carry the Olympic Torch and am delighted and proud to be representing UCL as I hold it high through the streets of London".

James Xu, International Student Volunteer of the Year, commented: "Before I came to the UK to study, carrying the Olympic Torch in London had never come to my mind. Studying in London at UCL has enabled me to participate in various activities and to make a difference to the wider community by volunteering and enabled me to get involved in the Olympics in such a special way."

Starting in Land's End on 19 May 2012, the Olympic Flame's journey will reach more than 1000 cities, towns and villages across the UK. The Olympic Flame will arrive at the Olympic Stadium in London on 27 July 2012 to mark the start of the Olympic Games.

Image: The three chosen students with Alexandria Hingley from UCLU