Nishad Potdar (UCL Economics) has secured the 2012 CRCC Asia China Finance Internship Program scholarship beating over 250 other candidates from universities in the UK and abroad. 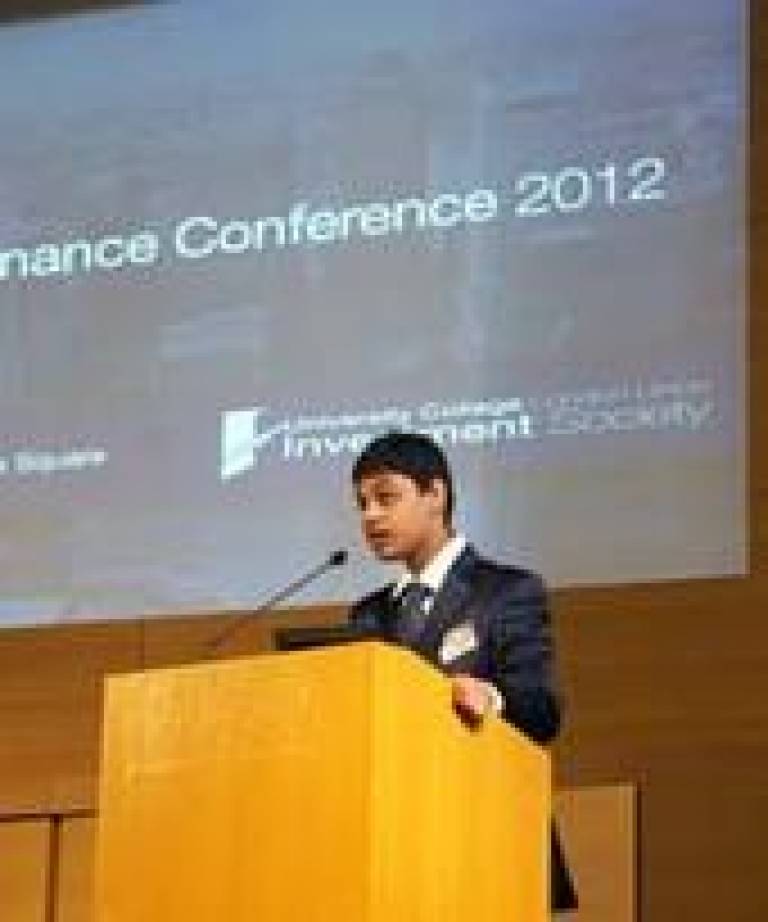 The Internship Program will run in China this summer for a month.

The scholarship was awarded to Nishad as the delegate of the UCL Finance Conference who 'best demonstrated academic excellence alongside a commitment to furthering his professional development'. The conference was organised by the UCLU Investment Society.

Ceinwen Michael, UK General Manager for CRCC Asia, commented: "Nishad's academic record was excellent and we felt his CV demonstrated a strong interest in, and commitment to, a career in finance - the sector he will be interning in."

The program offers students and graduates the opportunity to undertake a work placement of between one and three months in Beijing or Shanghai, gaining valuable work experience whilst developing an understanding of the country set to dominate the 21st century.

Nishad explained: "Given the state of the global economy and China's rapid emergence as an economic powerhouse, it would be the perfect classroom for an economics student. I think I'll learn a lot from the internship, and I'm really keen to participate in the Mandarin lessons offered as part of the program."

CRCC Asia's China Internship Program has witnessed rapid growth in recent years; having sent 250 interns in 2008, CRCC then sent over a thousand young people in 2011. Students are provided with business, cultural, and language training by CRCC Asia before they begin their work placement.