Organized annually in conjunction with Brain Awareness Week, the student-led Queen Square Symposium brings together postgraduate students from across the Square to showcase the diversity of neuroscience and neurology research carried out by its departments. 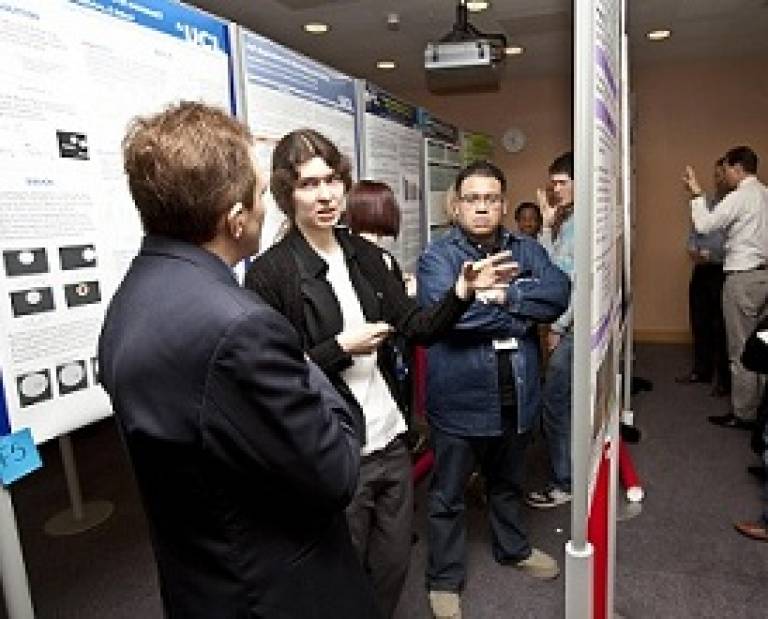 On Friday 16th March 2012, 70 MSc and PhD students gathered to present their research, on topics ranging from clinical, cognitive to computational neuroscience disciplines. For many of the participants, it was their first time discussing their own research in a relatively public domain.

"I've been working on this project for only three months as part of my first rotation, so there's a lot that can still be shaped," said Andrianos Liavas, a first-year PhD student. "It would be interesting to hear any comments people might have from a fresh point of view."

Similarly, Nancy Kou from the MSc in Cognitive Neuroscience explained that she decided to present a poster: "because it is a good opportunity to gain experience for bigger international conferences."

The posters were separated into eight groups, each judged by a roaming panel of two or three academics representing a mixture of research backgrounds. A finalist from the MSc and PhD categories was nominated from each group to compete in the second round, from which two winners and runners-up were chosen. Prof. Brian Day of the Sobell Department of Motor Neuroscience, who served as one of the judges on the day, was impressed with the overall quality of the competition. He mentioned that the five-minute presentations given by participants had been crucial for his understanding of unfamiliar topics, while the best poster in his mind was one that was "not too busy", "polished" and "immediately clinically relevant."

Qualifying entries for the second round were extremely varied, ranging from MRI studies of enlarged perivascular spaces in the brain, to molecular-level investigations into the protection of seizure-induced cell death by blocking NAPH oxidase. 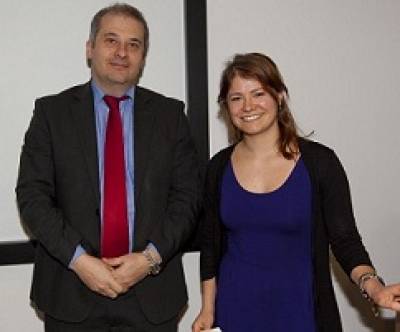 Finalist Amber Michelle Hill commented: "Getting into the final round was unexpected as a first-year PhD student with only preliminary work, but I found that the constructive feedback has been useful and encouraging."

Following the poster session and lunch reception, presentations were delivered by Arunthathi Pushparajasekaran, representing the MSc students, and Philip Smethurst, from the PhD group. This was followed by a hugely engaging guest lecture on "Decisions and actions in human sensorimotor control" delivered by Prof. Daniel Wolpert, head of the Sensorimotor Learning Group at the University of Cambridge. 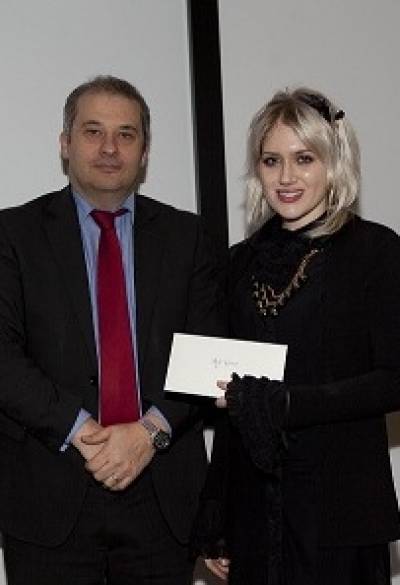 "One thing I'd like to see [in neuroscience] is more interdisciplinary research. There are very few neuroscience departments that pull people together," elaborated Prof. Wolpert when asked about changes he envisioned, "I think the future of neuroscience lies in mixing people up." A full transcript of the interview following his lecture can be found here.

Warm congratulations to all participants who contributed to a vibrant symposium, in particular the winners of the poster competition - Anne Urai, who presented on "The influence of rTMS over visual motion areas on motion perception," and Sheena Waters-Metenier, with a poster entitled "Bihemispheric transcranial direct current stimulation enhances skill learning and transfer to the untrained hand."

"It was a great day for science at Queen Square," remarked Helen Crehan and Elizabeth Galizia, co-chairpersons of the QS Student Committee. "It was heartening to see such an enthusiastic response, not only from the PhD students but from MSc and clinical students also. We hope the bar is continuously raised, and look forward to attending the event next year."