UCL PhD student Dr Jim Brown is taking part in a continuous ultra triathlon from Marble Arch to the Arc de Triomphe in order to raise money for the new charity Lungs for Living set up by his PhD supervisor, Dr Sam Janes (UCL Centre for Respiratory Research). 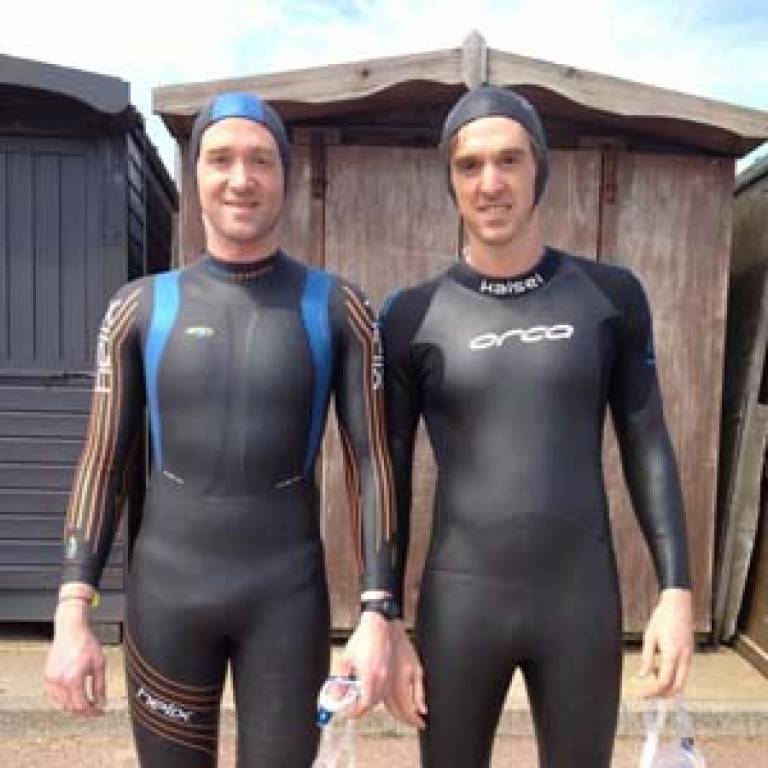 The team will start their journey on 25 June from Marble Arch; they will then run 90 miles to Dover, from where they will swim the 21 miles of the English Channel. The final leg of the journey will be the 180 mile cycle to Paris and the Arc de Triomphe.

The team is hoping to complete the ultra triathlon over three days and their progress can be followed throughout via a live GPS tracker at the link below.

The team consists of Jim and brother Paul Brown and their friend Rob Thomas who have each chosen a charity. Their support team will be made up of Rob's brother Ben Thomas and Jim's two cousins Harry and Joshua Apperley.

The three sets of brothers are all immersing themselves in this challenge in a bid to support the research into lung cancer going on at UCL. Dr Janes commented: "Lung cancer has historically been under funded for research and unlike the other major cancers there has been little improvement in prognosis in the past few decades, we hope that researching new strategies for early detection will help shift the balance"

For more information on Jim Brown's research, or to sponsor the team see the links below.