This week the spotlight is on Dr Marcos Cruz, Director, UCL Bartlett School of Architecture. 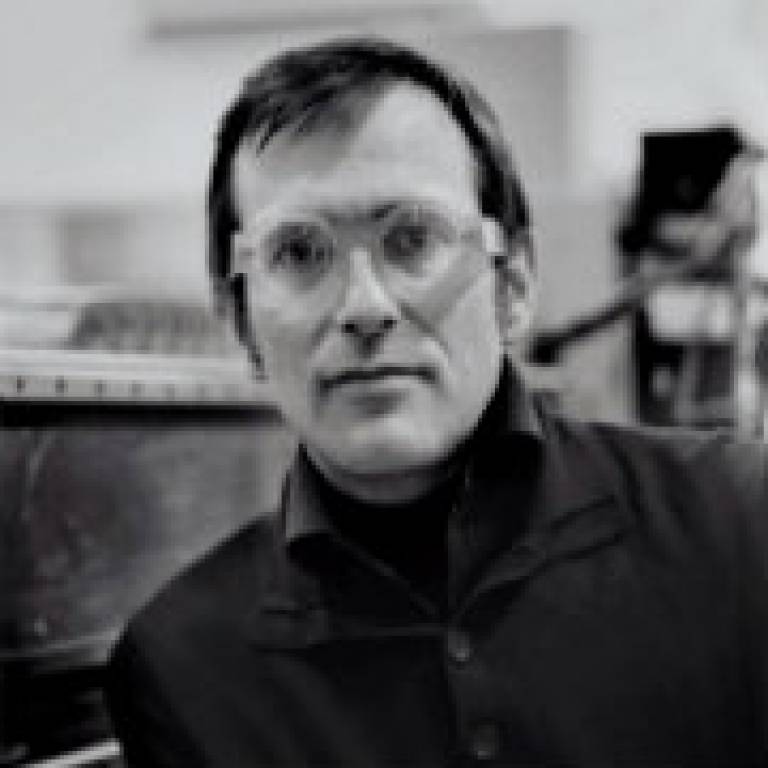 I am the Director of the UCL Bartlett School of Architecture, which is the UK's leading architecture school and, without a doubt, one of the most distinguished schools in the world.

With 800 students and up to 140 members of staff, it is a rather large institution that extends its tradition back to 1841 when architecture was first taught at UCL. Today, it is known for its experimental and innovative approach to architecture.

I also teach and run MArch Unit 20, which is now one of the oldest and most established design units at the Bartlett. Students of the unit have been awarded numerous national and international awards and their work has been exhibited worldwide.

There are several areas of research that have been developed in the unit, including digital ornamentation, biotechnology and architecture and a new fabricated materiality.

I came to UCL as a student in 1998 to do a Master's in Architectural Design and became a tutor of Unit 20 in 1999. For a long time, I was a part-time tutor while teaching in other academic institutions in the UK, Europe and America, becoming research-active in 2006 and progressing to a full-time academic in 2010.

I have taught some extraordinary students over the years. I believe that, with my support, they have been able to generate radical and innovative ideas.

Most of all, I have supported them in developing their own language and a sense of architectural personality that I believe is the core of every great architect. Several of the students have carried on the legacy as great teachers in other institutions both in the UK and abroad.

My research, 'Neoplasmatic Design', focuses on a contemporary discussion about the body and the impact of biotechnology on architecture. It won the Royal Institute of British Architects President's Research Award for Outstanding PhD Thesis in 2008. This international award was exceptionally significant for me and the school as it was the first, and so far only, time that a design-led PhD has won this prestigious award.

I founded the atelier marcosandmarjan with Marjan Colletti in 2000, combining the practice and teaching of architecture, along with experimental design research.

Our design work includes the design and construction of the main pavilion for the 75th Lisbon Book Fair, several design projects in China and Taiwan, numerous installations, and more recently a pavilion for the London Olympics, which will be opened in Euston Station Gardens in July 2012.