Scientists have managed to switch on and off the magnetism of a new material using quantum mechanics, making the material a test bed for future quantum devices. 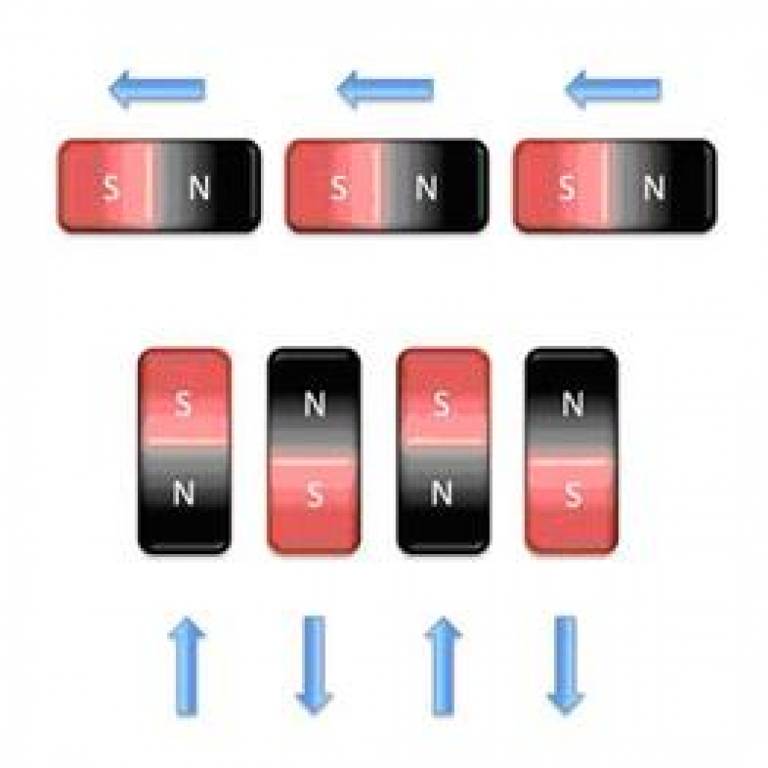 The international team of researchers led from the Laboratory for Quantum Magnetism (LQM) in Switzerland and the London Centre for Nanotechnology (LCN), found that the material, a transparent salt, did not suffer from the usual complications of other real magnets, and exploited the fact that its quantum spins - which are like tiny atomic magnets - interact according to the rules of large bar magnets.

The study is published in Science.

Anybody who has played with toy bar magnets at school will remember that opposite poles attract, lining up parallel to each other when they are placed end to end, and anti-parallel when placed adjacent to each other.

As conventional bar magnets are simply too large to reveal any quantum mechanical nature, and most materials are too complex for the spins to interact like true bar magnets, the transparent salt is the perfect material to see what's going on at the quantum level for a dense collection of tiny bar magnets.

While this may seem esoteric, there are deep connections between what has been achieved here and new types of computers, which also rely on the ability to tune quantum mechanics to solve hard problems, like pattern recognition in images.

The team were able to image all the spins in the special salt, finding that the spins are parallel within pairs of layers, while for adjacent layer pairs, they are antiparallel, as large bar magnets placed adjacent to each other would be. The spin arrangement is called "antiferromagnetic". In contrast, for ferromagnets such as iron, all spins are parallel.

By warming the material to only 0.4 degrees Celsius above the absolute "zero" of temperature where all classical (non-quantum) motion ceases, the team found that the spins lose their order and point in random directions, as iron does when it loses its ferromagnetism when heated to 870 Celsius, much higher than room temperature because of the strong and complex interactions between electron spins in this very common solid.

The team also found that they could achieve the same loss of order by turning on quantum mechanics with an electromagnet containing the salt. Thus, physicists now have a new toy, a collection of tiny bar magnets, which naturally assume an antiferromagnetic configuration and for which they can dial in quantum mechanics at will.

"Understanding and manipulating magnetic properties of more traditional materials such as iron have of course long been key to many familiar technologies, from electric motors to hard drives in digital computers," said Professor Gabriel Aeppli, UCL Director of the LCN.

"While this may seem esoteric, there are deep connections between what has been achieved here and new types of computers, which also rely on the ability to tune quantum mechanics to solve hard problems, like pattern recognition in images."