No evidence for "knots" in space

Theories of the primordial Universe predict the existence of knots in the fabric of space - known as cosmic textures - which could be identified by looking at light from the cosmic microwave background (CMB), the relic radiation left over from the Big Bang. 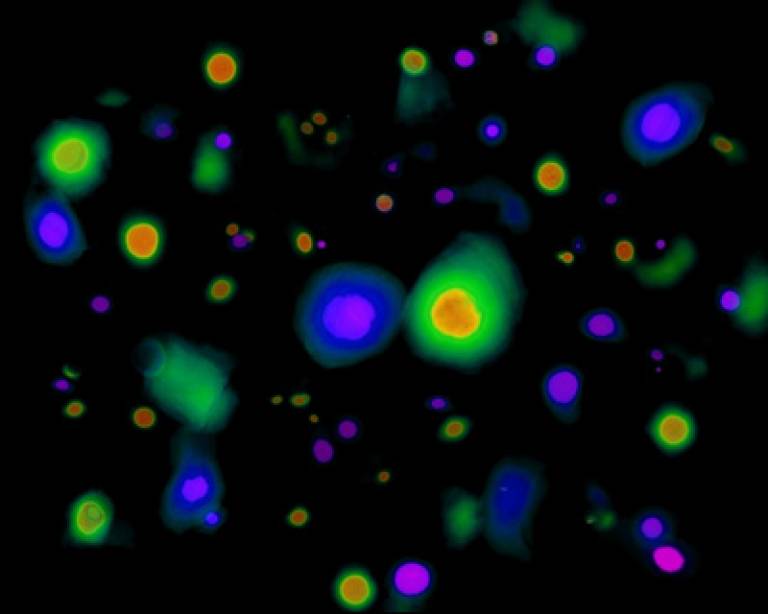 Using data from NASA's Wilkinson Microwave Anisotropy Probe (WMAP) satellite, researchers from UCL, Imperial College London and the Perimeter Institute have performed the first search for textures on the full sky, finding no evidence for such knots in space.

As the Universe cooled it underwent a series of phase transitions, analogous to water freezing into ice. Many transitions cannot occur consistently throughout space, giving rise in some theories to imperfections in the structure of the cooling material known as cosmic textures.

If produced in the early Universe, textures would interact with light from the CMB to leave a set of characteristic hot and cold spots. If detected, such signatures would yield invaluable insight into the types of phase transitions that occurred when the Universe was a fraction of a second old, with drastic implications for particle physics.

If textures were observed, they would provide invaluable insight into the way nature works at tremendous energies, shedding light on the unification of the physical forces.

A previous study, published in Science in 2007, provided a tantalising hint that a CMB feature known as the "Cold Spot" could be due to a cosmic texture. However, the CMB Cold Spot only comprises around 3% of the available sky area, and an analysis using the full microwave sky had not been performed.

Stephen Feeney, from the UCL Department of Physics and Astronomy and lead author, said: "If textures were observed, they would provide invaluable insight into the way nature works at tremendous energies, shedding light on the unification of the physical forces. The tantalizing hints found in a previous small-scale search meant it was extremely important to carry out this full-sky analysis."

Co-author Matt Johnson, from the Perimeter Institute, Canada, said: "Although there is no evidence for these objects in the WMAP data, this is not the last word: in a few months we will have access to much better data from the Planck satellite. Whether we find textures in the Planck data or further constrain the theories that produce them, only time will tell!"