Chemists at UCL have discovered a new property of flames, which allows them to control reactions at a solid surface in a flame and opens up a whole new field of chemical innovation. 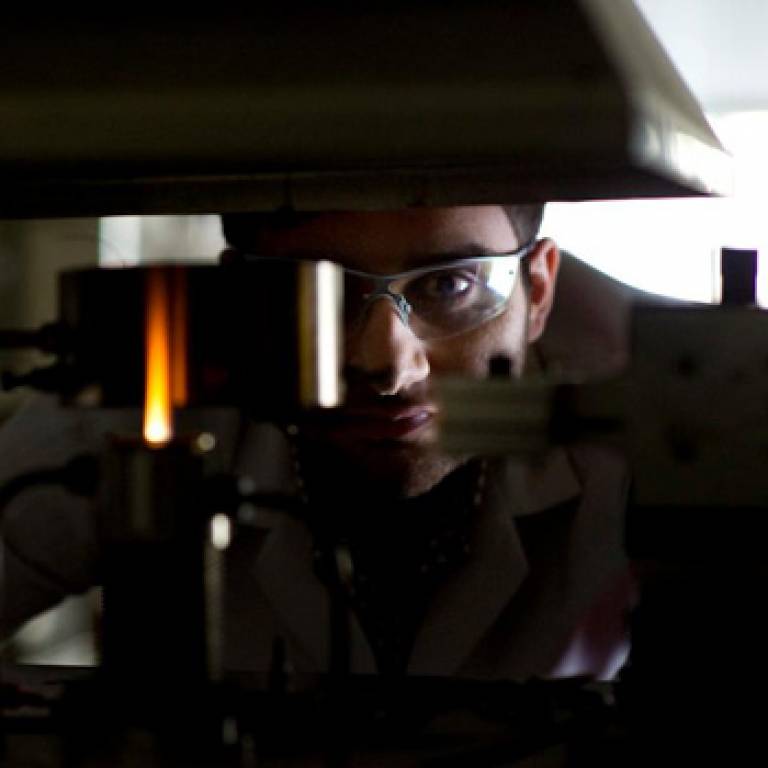 Published in the journal Angewandte Chemie, authors of the new study have discovered their previous understanding of how flames interact with a solid surface was mistaken. For the first time, they have demonstrated that a particular type of chemistry, called redox chemistry, can be accurately controlled at the surface.

This finding has wide implications for future technology, for example in detection of chemicals in the air, and in developing our understanding of the chemistry of lightning. It also opens up the possibility of being able to perform nitrogen oxide and carbon dioxide electrolysis at the source for the management of green house gases.

Results of the study show that depending on the chemical make-up of the flame, scientists can record a distinctive electrical fingerprint. The fingerprint is a consequence of the behaviour of specific chemical species at the surface of a solid conducting surface, where electrons can exchange at a very precise voltage.

The mystique surrounding the properties of fire has always captivated our imagination. However, there are still some very significant technical and scientific questions that remain regarding fire and flame.

Dr Daren Caruana, from the UCL Department of Chemistry, said: "Flames can be modelled to allow us to construct efficient burners and combustion engines. But the presence of charged species or ions and electrons in flames gives them a unique electrical property."

Dr Caruana added: "By considering the gaseous flame plasma as an electrolyte, we show that it is possible to control redox reactions at the solid/gas interface."

The team developed an electrode system which can be used to probe the chemical make-up of flames. By adding chemical species to the flame they were able to pick up current signals at specific voltages giving a unique electrochemical finger print, called a voltammogram.

The voltammograms for three different metal oxides - tungsten oxide, molybdenum oxide and vanadium oxide - are all unique. Furthermore, the team also demonstrated that the size of the current signatures depend on the amount of the oxide in the flame. Whilst this is possible and routinely done in liquids, this is the first time to be shown in the gas phase.

UCL chemists have shown that there are significant differences between solid/gas reactions and their liquid phase equivalents. Liquid free electrochemistry presents access to a vast number of redox reactions, current voltage signatures that lie outside potential limits defined by the liquid.

The prospect of new redox chemistries will enable new technological applications such as electrodeposition, electroanalysis and electrolysis, which will have significant economic and environmental benefits.

Dr Caruana said: "The mystique surrounding the properties of fire has always captivated our imagination. However, there are still some very significant technical and scientific questions that remain regarding fire and flame. "

Image: Atif Elahi, a co-author on the paper, in the lab