Consultant neurologist and director of the UCL Institute of Neurology Professor Mike Hanna, led a team of colleagues in a fundraising race to boost research into muscle wasting diseases. 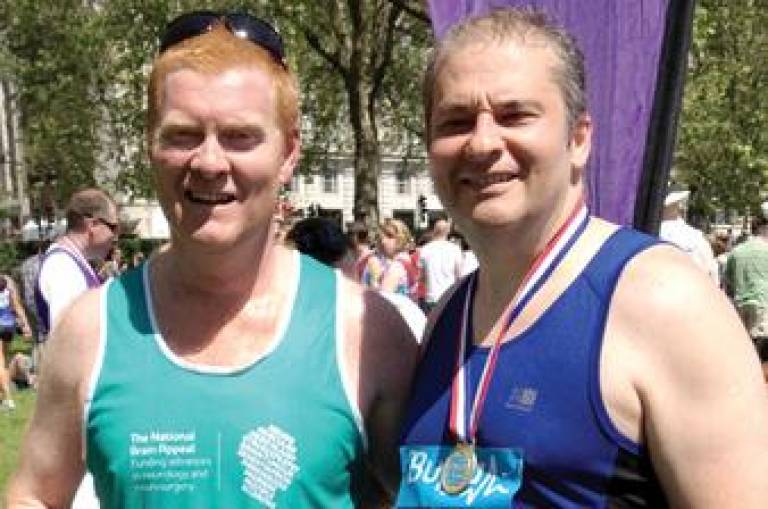 Running alongside him was one of his grateful patients.

Just a few years ago, running 10K was an impossible dream for Bill Aston. After being struck down with Polymyositis at the age of 33, he was left unable to walk or swallow.

Mr Aston, who lives in Jersey, said: "I was so weak I could not even lift up my bed sheet or pick up my one year old son, it was a bleak situation.  Professor Hanna always said I would eventually get back to doing what I normally do. I didn't believe him. I didn't think it was possible - the idea of ever being well enough to take part in a run was unthinkable.  Without his expertise I would be muddling along. I am enormously indebted to him."

Money raised will support clinical research into finding new treatments and help fund young scientists to train and undertake a PhD at the Centre for Neuromuscular Diseases in Queen Square. Professor Hanna is the centre director.  More...