The European Space Agency (ESA) today formally adopted the largest collaboration of astronomers in the world to help build the Euclid satellite, and UCL will be playing a major role. 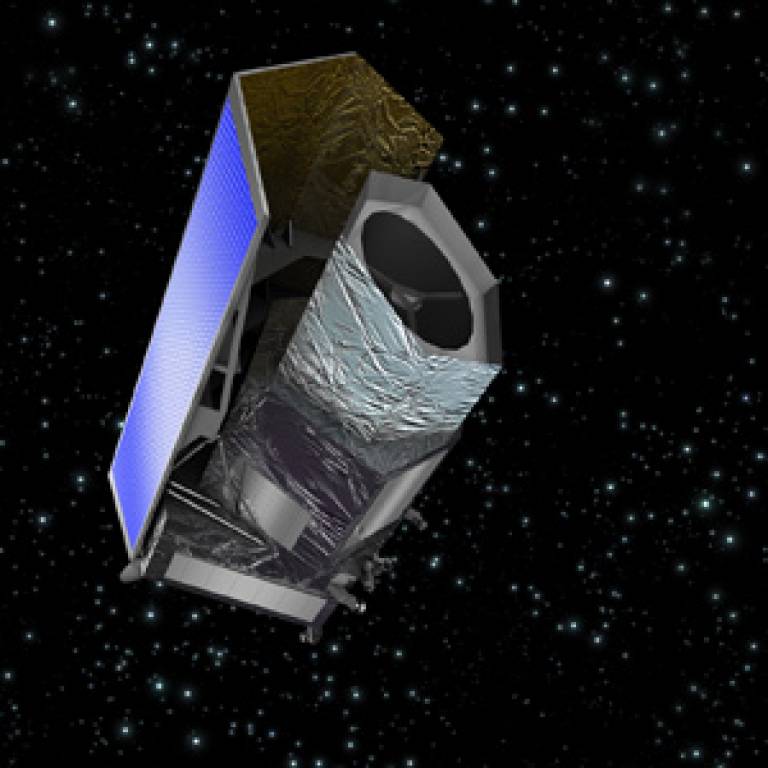 Adoption is the final phase to the selection of Euclid as part of ESA's Cosmic Vision programme and sets in motion an army of scientists and engineers to build and fly this new mission by the end of the decade. Euclid will study the "dark universe" with great precision, tracing the distribution and evolution of enigmatic dark matter and dark energy throughout the Universe.

"This is the last big step to set the mission on its way", said Mark Cropper (UCL Mullard Space Science Laboratory), and lead of one of the two instruments on Euclid.

"ESA and the Euclid Consortium have worked for over five years to get to this point against stiff competition for other mission proposals, and now we are formally adopted."

ESA today endorsed a Multilateral Agreement between eleven European space agencies, NASA, and the Euclid Consortium, for the construction of key elements of the Euclid satellite, specifically the onboard instruments, software for analysing the data and the satellite's scientific leadership.

Euclid will address issues at the foundations of physics, and will greatly increase our knowledge of how the Universe was formed and evolved.

The Euclid Consortium will provide two instruments to ESA, a visible imaging instrument, named VIS, which is led from UCL's Mullard Space Science Laboratory, and a second near infrared imaging and spectrograph instrument. These state-of-the-art instruments will create a huge amount of exceptional quality data over a large fraction of the sky.

Richard Cole (UCL Mullard Space Science Laboratory), the UCL Project Manager for the VIS camera, said, "The camera contains over half a billion image pixels - UCL has an important role to coordinate the efforts of the multi-national team building it."

It will require sophisticated and dedicated data processing to analyse these data; looking for the signature of dark energy, which is very elusive even though it makes up 75% of the energy density in the Universe. UCL also has a strong role in the Science Ground Segment, which coordinates the analysis of all this data and includes hundreds of scientists spread throughout Europe.

"To find the signatures we're seeking in the torrent of data from Euclid will require advanced scientific algorithms," said Filipe Abdalla (UCL Physics & Astronomy) and one of the deputy leads responsible for the final data products. "It's also going to need a lot of organisation and integration: it's a big software project."

Ofer Lahav (UCL's Physics & Astronomy), one of the founding Euclid scientists, said: "There is huge interest in Euclid science across the World. Euclid will address issues at the foundations of physics, and will greatly increase our knowledge of how the Universe was formed and evolved".

Cropper adds that Euclid will "also provide a rich set of images and spectra that will be used by all astronomy".

Euclid is now an official ESA mission and confirms UCL scientists at the forefront of worldwide research into the "dark universe".