New app keeps Londoners in the loop about the tube

A new app for android phones allows Londoners to share their experiences about the London Underground as they travel, and could transform how we use public transport. 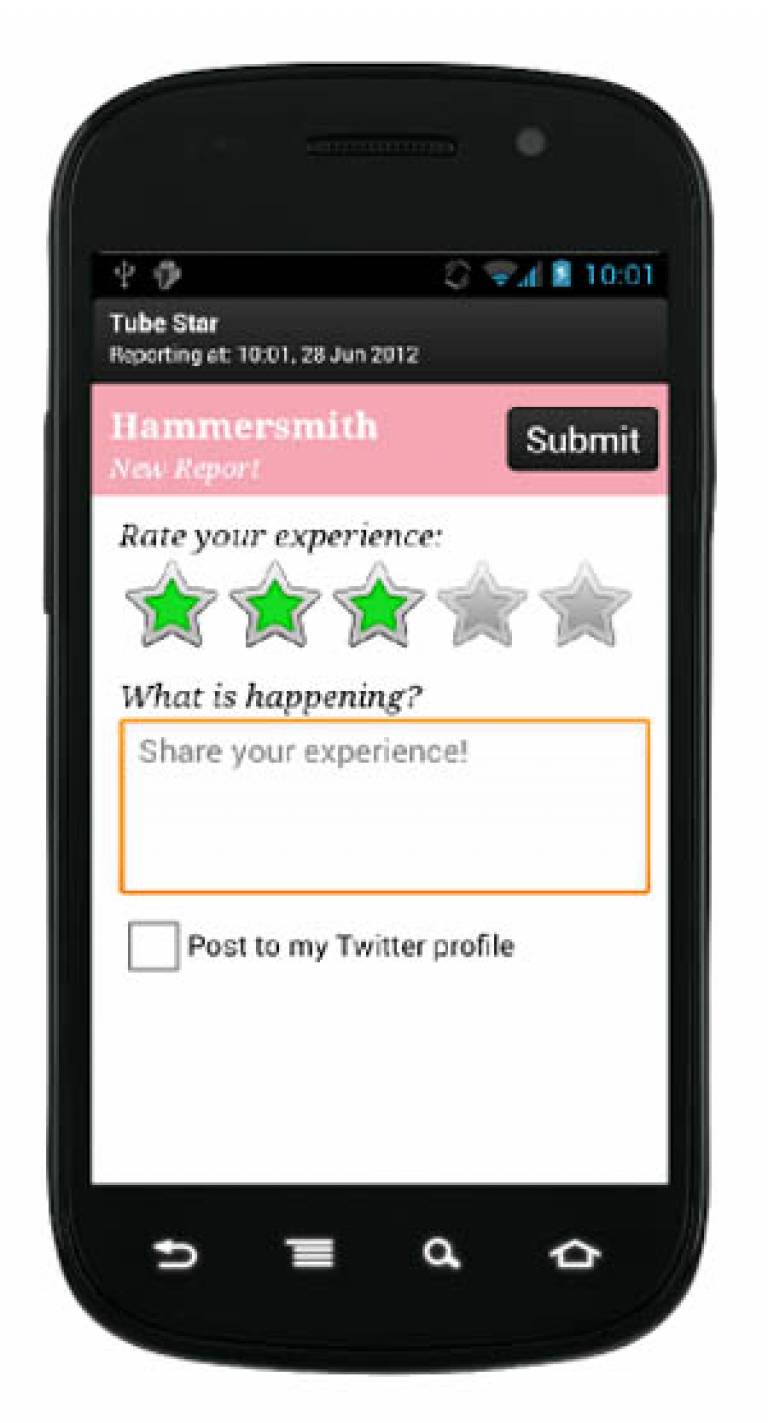 The new application, called Tube Star, has been developed by researchers at UCL and aims to capture the experience of being in the tube, as reported by passengers. The app's designers hope that it will give travellers a way of sharing their knowledge as well as improving our understanding of what happens when things go wrong - or right - on the underground.

Users of the app can view both the official Transport for London (TfL) status of all tube lines, as well as reports from fellow passengers who are using London Underground. Users can also add information about the quality of their journey, by giving a 1-5 star rating of the station or line they are travelling on, and a short message about their experience.

The application has been developed just as TfL has begun rolling out Wi-Fi across a number of stations, which will be free for the duration of the summer.

Dr Neal Lathia, (UCL Department of Computer Science) who developed the app, said: "Tube Star is about getting real time information about your tube journey on demand by crowd-sourcing data from other tube travellers."

"By analysing user-generated data we can predict people's journeys and give them information relevant to them in real time - this is a service for the people by the people."

The idea for the app came out of previous work at UCL on official Oyster card data provided by Transport for London. At the moment TfL works with universities to look at historic travel data, but does not release real time data of where people are travelling.

Dr Licia Capra (UCL Department of Computer Science) said: "The information that we are collecting with the app is much richer than Transport for London data as we are recording the kind of experience people are having on the tube."

She added: "We want to see if we can set up a parallel, independent, stream of data about people's travel habits. "

Testing for the app began in January 2012, and is initially only available on android phones.