The first child stem cell-supported trachea transplant is functioning well two years on, according to a paper published in The Lancet today. 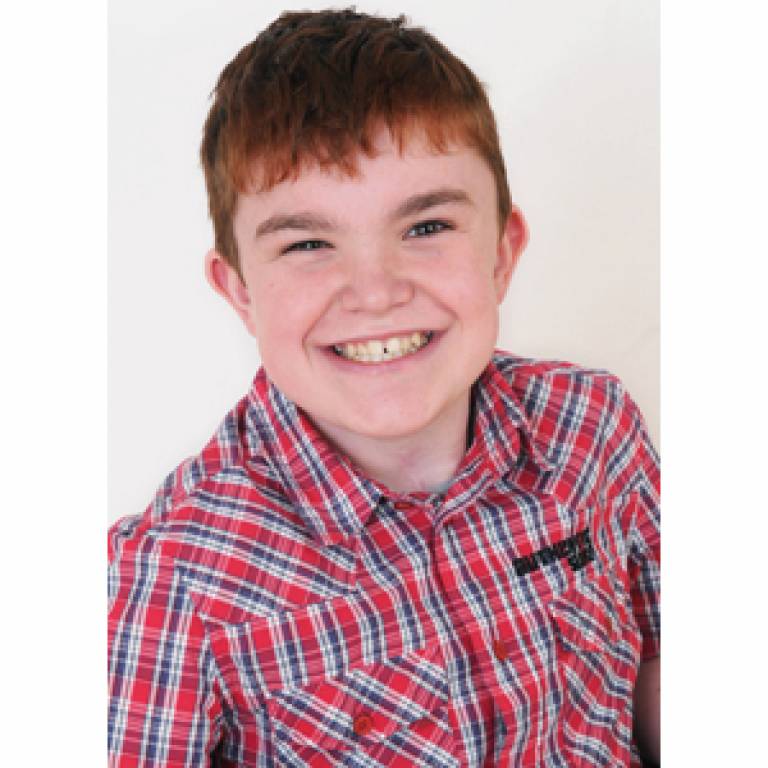 The follow-up of the procedure, carried out in 2010 at Great Ormond Street Hospital (GOSH), shows that the new organ has strengthened and does not appear to have induced any signs of rejection. The 13-year-old boy continues to breathe normally, has grown 11 cm in height and has returned to school. He does not require any anti-rejection therapy.

Ciaran Finn-Lynch underwent the transplant in March 2010 at GOSH, when his own trachea was removed and replaced by a donor windpipe laced with Ciaran's own stem cells so it would not be rejected.

The donated trachea was obtained from a deceased adult in Italy and was stripped of the donor's cells, down to the inert collagen. Ciaran's bone marrow stem cells were collected at GOSH, isolated at the Royal Free Hospital (RFH) and returned to GOSH the same day, where they were applied to the implanted trachea inside Ciaran's body. Biopsies of epithelial tissues - the lining of the organ - were taken from the patient's removed trachea during surgery and applied as the new graft was implanted in his body, to kick-start the gradual growth of a lining in the transplanted organ.

The graft was injected with additional cytokines - proteins that stimulate cell growth - to support the growth and differentiation of cells within the new trachea. Following the transplant, Ciaran was given further cell growth-inducing compounds known as granulocyte colony-stimulating factors or G-CSF. This is the first attempt to grow stem cells in vivo - within the body rather than in a laboratory - in a child in an operation of this kind.

In another world-first, a biodegradable stent was inserted to maintain Ciaran's airway while the cells regrew within the organ over the following six months.

We need more research on stem cells grown deliberately inside the body, rather than grown first in a laboratory over a long time. This research should help to convert one-off successes such as this into more widely available clinical treatments for thousands of children with severe tracheal problems worldwide.

The two-year follow-up shows that the graft has not triggered any immune rejection response in the patient and has formed an adequate lining. The windpipe has not yet achieved normal rigidity but, nonetheless, is allowing Ciaran to lead the life of a normal teenager. The team expects that his body's natural tissue repair mechanisms will continue to strengthen Ciaran's trachea over time.

The Lancet paper calls for more research in a number of areas, to speed up the recovery of structural rigidity within transplanted tracheas and to increase the availability of tracheal scaffolds by boosting the number of organ donors and exploring the use of animal tracheas and synthetic scaffolds.

Martin Elliott, Director of the National Service for Severe Tracheal Disease in Children at GOSH, says: "The ideal outcomes for tracheal transplants in children are normal airway and lung function, good general growth, a decent quality of life, and no further surgical interventions. So far we have achieved this, but we are at the edge of medicine and, similarly to first attempts of organ transplantation in the 1950s, many challenges remain. A second child has since undergone a tracheal transplant at GOSH. Although the graft preparation and the surgery were completed successfully, the child sadly passed away at a later date."

Martin Birchall, Professor of Laryngology at the UCL Ear Institute, says: "Since the treatment plan for Ciaran was devised in an emergency, we used a novel mix of techniques that have proved successful in treating other conditions. To minimise delays, we bypassed the usual process of growing cells in the laboratory over a period of weeks, and instead opted to grow the cells inside the body, in a similar manner to treatments currently being trialled with patients who have had heart attacks.

We continue to make advances, such as our recent discovery that stem cells found in the amniotic fluid surrounding the foetus show good potential for tissue engineering. These cells could one day be used to grow more complex organs which are made up of different types of tissue.

"We need more research on stem cells grown deliberately inside the body, rather than grown first in a laboratory over a long time. This research should help to convert one-off successes such as this into more widely available clinical treatments for thousands of children with severe tracheal problems worldwide."

Dr Paolo De Coppi, GOSHCC Clinical Senior Lecturer at the UCL Institute of Child Health, says: "For the moment we are limited to engineering relatively simple organs and tissues; it will take longer for us to find ways of fully replacing the body's more complex organs, such as the heart or the intestine. However, we continue to make advances, such as our recent discovery that stem cells found in the amniotic fluid surrounding the foetus show good potential for tissue engineering. These cells could one day be used to grow more complex organs which are made up of different types of tissue."

On the day he was born, Ciaran's lungs collapsed and he was rushed to Great Ormond Street Hospital, where he was diagnosed with long segment tracheal stenosis, a condition which leaves sufferers with a very narrow windpipe and difficulties breathing.

When Ciaran was two-and-a-half, a metal stent used to hold his airway open eroded into his aorta, causing airway bleeding. He underwent more surgery to replace the damaged part of his trachea with part of a donor trachea, and was finally able to leave hospital after eight months.

In November 2009 a metal stent began to erode into Ciaran's aorta, again causing a severe bleed.

In March 2010 he underwent the pioneering transplant, just four weeks after a donor trachea was found in Italy. The donor organ was combined with Ciaran's own stem cells at the Royal Free Hospital, and couriered to Great Ormond Street Hospital. This procedure was Ciaran's only option, and was the first to be performed in a child.