Architectural installations pop up around London

Five innovative architectural installations, designed by researchers at the UCL Bartlett School of Architecture, are being unveiled this week throughout London. 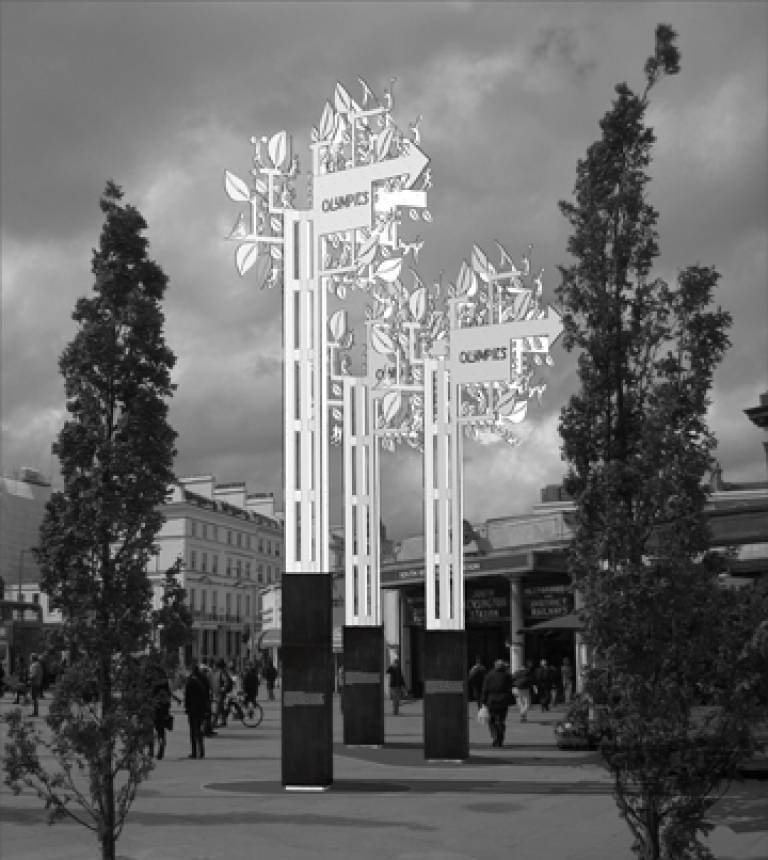 Commissioned by the Mayor of London as part of the 'WONDER' series of Incredible Installations, the pieces will transform famous locations around London, including Trafalgar Square, Parliament Square, South Kensington tube station forecourt, Euston Square gardens and the UCL Quad.

Between 26 July and 12 September the Bartlett will showcase architectural design, exemplifying its place at the forefront of urban life at a time when the world's eyes are on London.

Visitors to the installations will experience a huge gazebo teaming with locally bred algae, an urban garden of recyclable building cells, a house made of the world's flags, a series of story-telling trees and an enormous tea-making machine.

"These architectural installations bring design excellence to the heart of London," said Dr Yeoryia Manolopoulou (UCL Bartlett School of Architecture), who coordinated the five projects. "Our designs are inventive, thought-provoking and, most of all, relevant for people in London today."

All the installations have been designed and researched by staff members of the UCL Bartlett School of Architecture, who have worked with some of the most advanced engineers and fabricators in order to realize their visions.

The projects reflect the Bartlett's vibrant and diverse research culture, as well as the commitment to bringing some of its most innovative design production closer to the public in the heart of London.

The installations were commissioned by the Mayor of London, following a call for proposals for the Greater London Authority's City Dressing programme during the Olympics. Four teams were chosen through a competition between London architecture schools, winning four out of a total of nine commissions to University-led teams, while one team was selected following an international design call among architecture practices.

Some of the installations will be reinstalled in the UCL Quad later on in the summer while the Bartlett organizes an exhibition of all the projects in the autumn.

More information about the five installations: