Sungsik Lee, a PhD student at the London Centre for Nanotechnology, a joint venture between UCL and Imperial College London, has won a prestigious Institute of Electrical and Electronics Engineers (IEEE) Electronic Devices Society PhD fellowship. 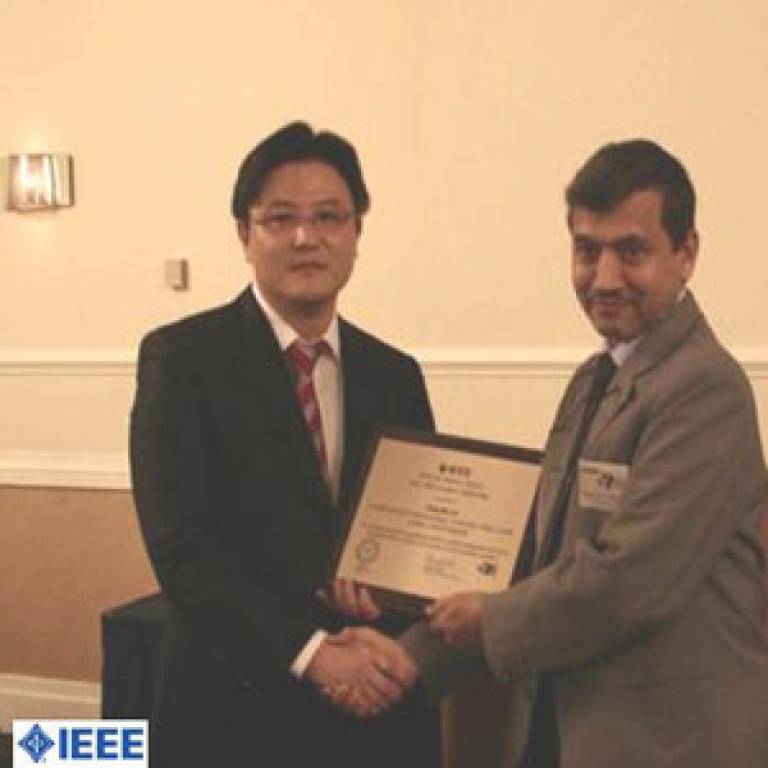 The award plaque was presented by IEEE Electron Devices Society President, Renuka Jindal, during a plenary session on 4 December 2011 at the Washington Hilton in conjunction with the IEEE International Electron Devices Meeting. Judging was based on academic excellence and the demonstration of significant ability to perform independent research in the field of Electron Devices.

Joining UCL for his PhD course in September 2010, Sungsik Lee studied previously at the Korea Advanced Institute of Science Technology (KAIST). He is also a recipient of both ORS and GRS Scholarships for his PhD course.