A film by four UCL students has been selected for the London Student Film Festival, which runs from 3 - 5 February 2012. 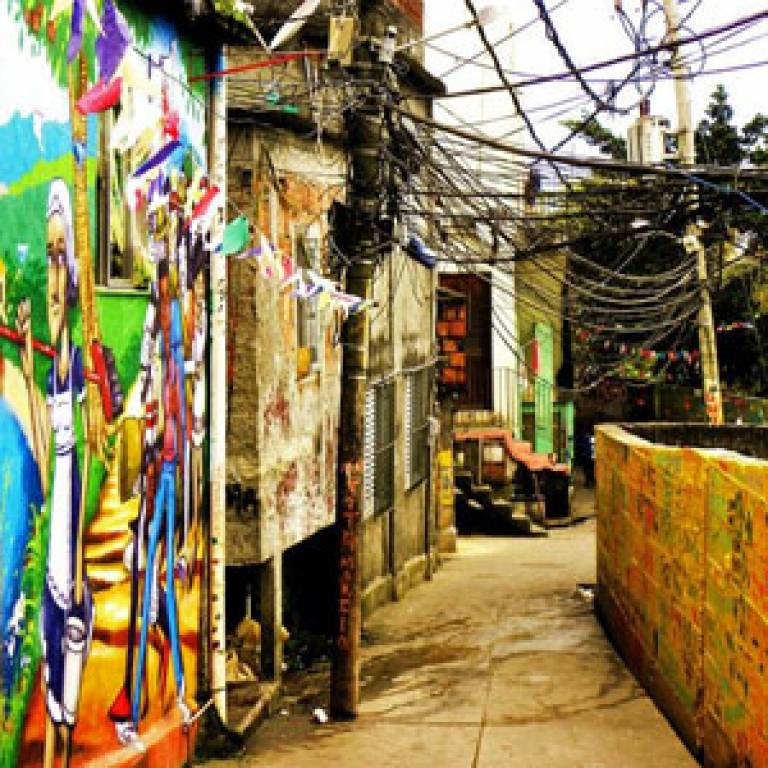 Selected from a large number of applicants from across the university, the students attended the prestigious Rio Film School in July 2011, producing the film Snapshots of Sexuality during their stay.

Tackling the subject of 'Intercultural Diversity in Contemporary Brazil', a topic closely related to one of UCL's Grand Challenges, the team explored the topic of diversity in Rio.

"UCL wanted us to focus on cultural diversity", said Joana Clemens (UCL Modern Languages), "but we wanted to go beyond the contrast of the poor and rich."

As the Film School was located in Lapa, a bohemian neighbourhood of Rio, the students were influenced by Brazilian culture, and the wild street parties that take place at the weekends.

Joana said: "As we went to Lapa on a Friday night we realised how open people seemed to be about their sexuality, yet most Brazilian families are strictly Catholic. We then decided to explore how well homosexuals were integrated into Brazilian society, looking at different areas in Rio."

Set up in 2008 by former UCL student Dorian Needs, the Rio Film School offers four-week courses in the making of high quality documentaries, gaining access to locations all across Rio.

Fitting in everything from the development of ideas, storyboarding, filming and editing, the UCL team managed to put together the whole film from start to finish in four weeks.

Snapshots of Sexuality from SFFL Shortlisted on Vimeo.

Talking about the experience, Lukas Georgiou said: "The staff were amazing and went beyond the call of duty to provide us a great experience. I also learned a lot of Portuguese and a great deal about Brazilian culture that I would never have learned were I just on a holiday."

The students' attendance at the Rio Film School was made possible with sponsorship from Santander Universities. UCL has been in partnership with Santander since 2007, providing scholarship and funding opportunities which range from a study abroad summer school exchange programme, to awards for non-academic achievement.

Watch Snapshots of Sexuality online and become a fan of the film to help the students take the top spot at the Student Film Festival London (3-5 February).