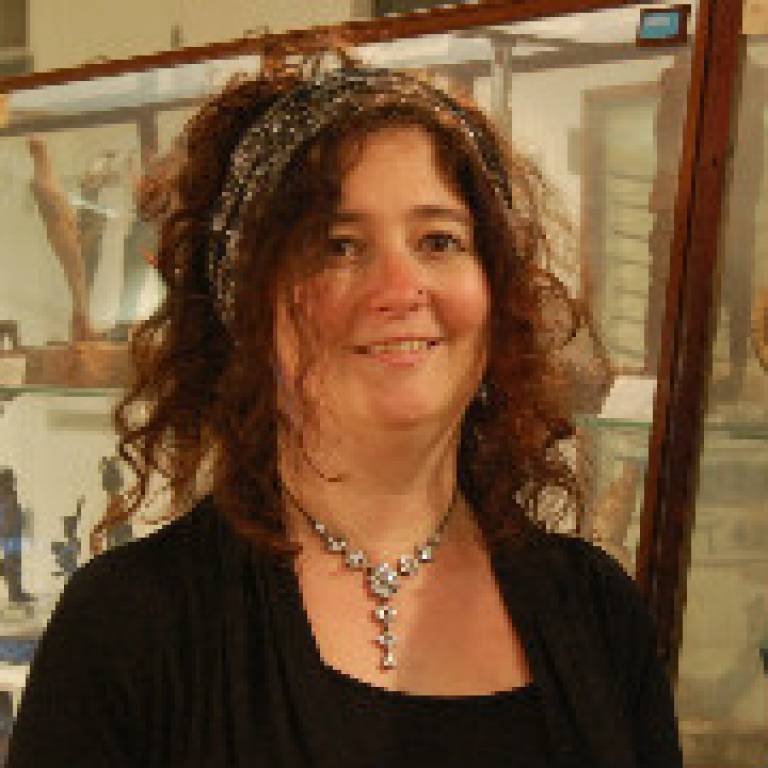 I run the public programme and exhibitions at the Petrie Museum, as well as fostering links with community groups and promoting the museum to a wider audience.

This involves anything from scheduling events, speaking in the museum and externally, writing about the museum, marketing it through any means possible, occasionally teaching UCL students about aspects of the collection and a lot of pouring wine at events.

It is essentially about letting people know that we exist, making them feel comfortable when they are here and informing them about the collection and the rich history of the Nile Valley and its influence.

For example, after the Cybertut event on 29 September - a preview screening of a DVD extra on the influence of Tutankhamen on Doctor Who: Tomb of the Cybermen and discussion with Sir Christopher Frayling - the museum was full of people who had never been there before.

The relaxed atmosphere of people in animated conversation and looking round the museum always gives me a warm glow, which is good as the museum temperature is quite cold!

I have been at UCL since 2007. Before then I worked in public programming at the National Portrait Gallery and at the BBC Archive, as well as at various museums previously.

I first worked at the Petrie Museum as Adult Learning Officer, two days a week, until October 2009; I was then made an offer of the current job that I couldn't refuse and went full-time.

While I was part-time, I worked freelance for various places, such as the BBC and Open University, carrying out research and writing. I find my job at UCL diverse and busy and the Petrie Museum is one of the friendliest places at which I have worked.

The Sock it! Making an Ancient Egyptian Sock project 2009-10 was so much fun and involved spinning, knitting and putting a pattern together with members of the public.

I also love the work we do with teenagers around comic books and Ancient Egypt (funded by John Lyon's courtesy of the Development Office). I'm proud of embedding a public programme into the Petrie Museum so that events, from screenings of horror films to smaller discussions around difficult subjects, can happen.

This year though, I'm most proud of the response to the exhibition Typecast: Flinders Petrie and Francis Galton and the events that the library and Museums and Collections have put on around the centenary of Francis Galton, as well as the wider discussion that has happened.

I have just had a contract for my book, The Archaeologies of Race: the Eugenic Ideas of Flinders Petrie and Francis Galton, which is mainly on research from the exhibition and will be published in 2013, and so the work continues.

I live in south London with my husband, who is a writer, and we have a lot of books as we both read and write a lot.

I enjoy exploring 19th century cemeteries and parks, such as Crystal Palace, and have recently started gardening.

Luckily, I have a lot of friends who live near me and was recently on the BBC4 quiz show Only Connect with two of them in the 'Antiquarians' team. Amazingly, we got to the final and came second place in the series, but the main thing was the great fun we had filming it!