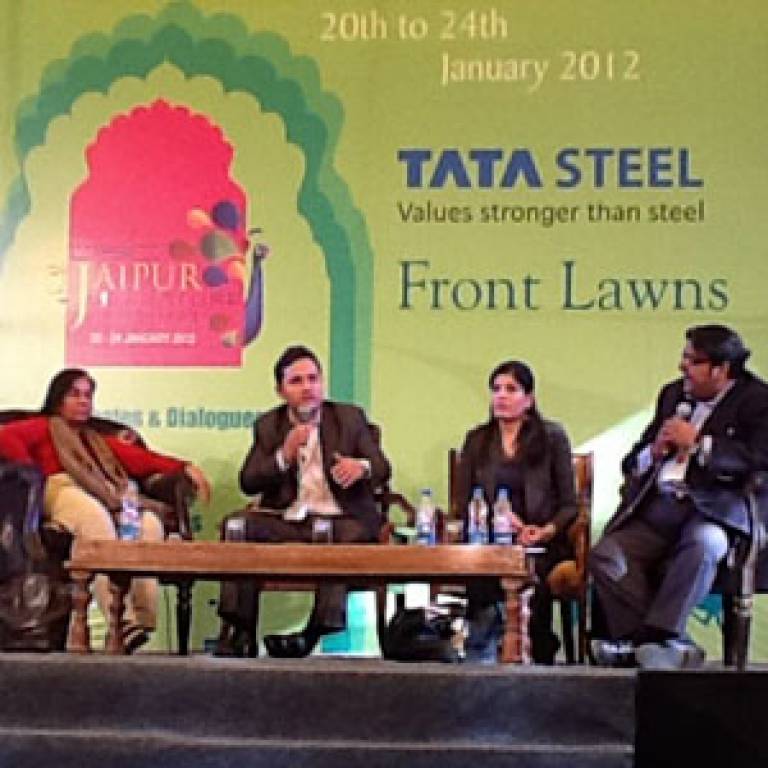 Visiting the festival while working on his first novel, titled The Tibetan Waiter, Dhrupad was inspired by the festival's atmosphere and the myriad of different speakers - ranging from Richard Dawkins, to David Remnick, the Editor of The New Yorker and Javed Akhtar, India's most renowned poet, lyricist and scriptwriter. The speakers covered various political, social, literary, and spiritual topics.

Written in verse, and woven around politics, spirituality and love, The Tibetan Waiter explores both Eastern and Western civilization. Introduced to Vikram Seth's, The Golden Gate, while applying for university, the book turned out to be a great influence.

"After just a few pages, I was transfixed. Immediately, I put down the book and I wrote a poem, expressing my sentiments," said Dhrupad. "That summer, after my A-level examinations I went trekking in the Himalayas with my friends, during which I wrote a poetic travelogue; immediately after, I decided to embark upon a novel."

Coming across an email in October 2011 from UCL Vice Provost (International) Professor Michael Worton, offering a scholarship to support a student to travel to the festival, Dhrupad was inspired to apply.

"I quickly completed my application, but I genuinely did not expect to be considered as I was a student of Economics; not English Literature," said Dhrupad. "But I was absolutely delighted when I was informed that I was selected as the winner of the DSC award this year."

With time at a premium, Dhrupad currently finds it difficult to devote proper time to the project but, after exams, he plans to spend his entire summer holiday writing in India.

"I plan to finish my novel by the end of the summer holidays," said Dhrupad.

After exams, Dhrupad aims to find a publishing contract and a literary agent, with the book hopefully being published by the end of 2012, or early 2013.