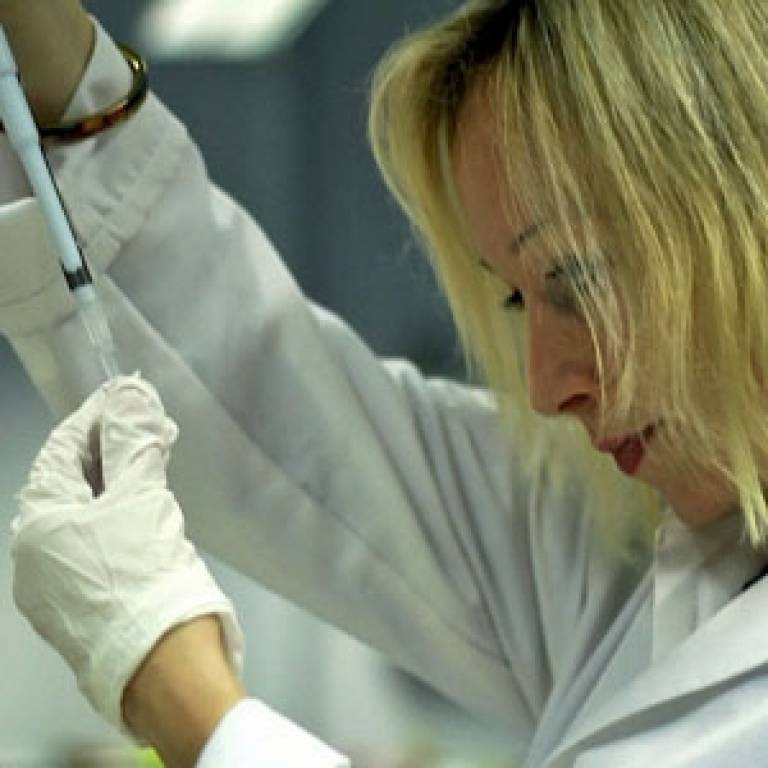 In2ScienceUK matches gifted A level science students with scientists from some of the UK's leading universities, giving them the opportunity to experience science research firsthand over a two-week summer placement working alongside practising scientists at UCL, Kings College London and Imperial College London.

To date, 37 students have benefited from the programme and gained an unprecedented insight into the university environment and the reality of science in action, and a greater awareness of the barriers to be overcome in applying and attending a leading research-intensive university. So far students on the scheme in 2010 have all received offers at Oxbridge and other Russell group Universities to study bioscience related degrees

This week, the programme of visits to schools across London will begin, with scientists supporting In2scienceUK going into schools around London to engage with students, inspire them about science and encourage them to apply to universities like UCL. In addition, In2ScienceUK is recruiting scientists from any London institution keen to mentor students for two weeks during the summer period. The closing date for applications is 6 April.

"The need to encourage applications from able students from diverse backgrounds to study science in top institutions has never been greater," says founder Rebecca McKelvey, who was inspired to create In2scienceUK when she started her PhD studies in neuroscience at UCL.

"The challenge of higher fees and the fierce competition that favors applicants from more privileged backgrounds in securing places is threatening to reverse many of the advances made in widening participation, particularly in the sciences. As a former head of science in a Walthamstow school largely made up of pupils from low income backgrounds, I am only too aware of the human stories behind the statistics reported by the Sutton Trust that 96% of students from independent schools progress onto university compared with 16% of students eligible for free school meals."

The benefits of the scheme works both ways, she says: "Students learn something of the university environment and the reality of science in action, while the scientists have to relate to A Level students, becoming  more aware of the barriers they face in applying and attending a top university.

Tobi Abiola, an AS science student from Cardinal Pole Roman Catholic School in Hackney, said about his placement experience in 2011; "The range of skills I learnt in the lab where I enjoyed my placement included problem solving skills, how to present data and read scientific papers, which are going to take me very far in life. It was not just about completing experiments, I also met some really inspiring people."

Participating UCL scientist Keri Tochiki says: "In2scienceUK is a fantastic programme that gives these students opportunities and experiences in the lab that they might not have had otherwise. In addition to feeling like I am making a difference, it really is a lot of fun."

Professor Mary Collins, Dean of the UCL Faculty of Life Science, said: "The students who have been on the scheme in past years were confident and enthusiastic  when speaking to their families and UCL mentors about their achievements during their lab placements. They are budding future scientists and they will encourage more pupils from their schools to take part in into Science."