Claims that forest leaves rich in nitrogen may aid in reflecting infrared radiation - thereby cooling the atmosphere - have been challenged by new research that shows that the structure of forests' canopies is a more important factor in infrared reflection. 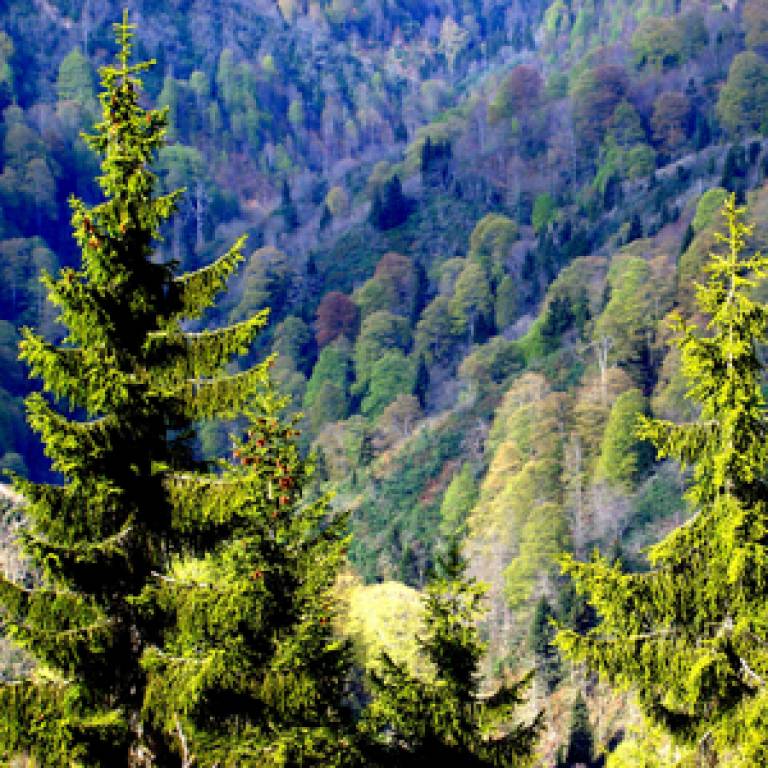 Recent studies have noticed a strong positive correlation between the concentration of nitrogen in forests and infrared reflectance measured from aircraft and satellites. Some scientists have suggested this demonstrates a previously overlooked role for nitrogen in regulating the earth's climate system.

However, a new paper in Proceedings of the National Academy of Sciences, shows that the apparent relationship between leaves' nitrogen levels and infrared reflection is spurious and it is in fact the structure of forest canopies (the spatial arrangement of the leaves) that determines their ability to reflect infrared light.

The authors, including Professor Philip Lewis and Dr Mathias Disney (UCL Geography), show that the richer in nitrogen individual leaves are the worse at reflecting infrared radiation they become. However, the complex arrangements of trees with radically different arrangements of leaves within a forest can act to mask this effect, making it appear as if higher levels of leaf nitrogen are leading to increased infrared reflection.

Dr Disney said: "It is impossible to understand how forests reflect infrared without taking into account the arrangement of different types of leaf clumps, such as shoots and crowns, which make up the canopy, as well as the internal structure of the leaves.

"This paper proposes a way to account for structure when measuring canopy infrared reflectance. We hope it will improve our ability to measure forest biochemistry from satellites, allowing us to better quantify their current state and how they are responding to climate change."

Image caption: A mixed forest in Turkey, from Karduelis via Wikimedia Commons.