Can 'serious games' be an effective tool for workplace learning?

Researchers from UCL are analysing a serious game called TARGET to see if it could help workers develop skills such as negotiating and trust-building in the workplace. 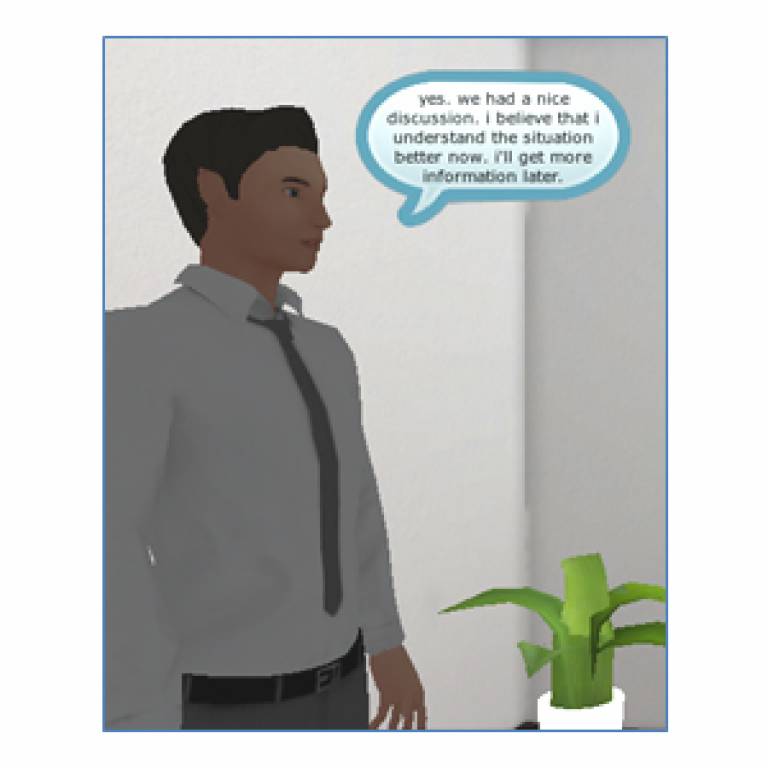 Serious games are video games designed for a primary purpose other than pure entertainment. A collaborative project between 17 partners, including UCL, TARGET aims to use the Technology Enhanced Learning (TEL) environment provided by the game to support the development of workers.

Recommending specific sub-games or missions for each learner to play, the TARGET system helps them develop skills in project management and innovation.  For each game, the learner interacts with computer-based characters within a 3D virtual environment and encounters simulated project management missions, tasks and problems.

"There is currently a lot of interest in serious games such as TARGET as they have the potential to provide an engaging learning context for learners.  Serious game applications include edutainment, higher education, health care, corporate, military and non-government organisations," said Dr Charlene Jennett (UCL Computer Science).

"However not all serious games are found to be effective learning tools.  This is why evaluation activities are so important, investigating whether a serious game achieves its intended learning outcomes with its intended target audience," she added.

The UCL team have created three learning measures - multiple choice questions, scenario questions and self-assessment questions - to assess different levels of learning in TARGET.  Piloting the measures with seven MSc students from a variety of different courses, each with a project management component, the team's initial findings suggest that TARGET could be helping learners with interpreting different scenarios in the workplace.  Participants were also found to have a better understanding of the positions and interests of the characters after playing the game.

"These early findings suggest that some learning is taking place.  However it is a very small sample so we have to be cautious when interpreting these results," said Dr Charlene Jennett. "Our findings also indicate that the TARGET system needs to be further developed in order to improve the experiences of users.  In particular, the dialogue of the TARGET game characters needs to be improved to make player-character interactions more realistic."

The UCL team will be collaborating with partners ATOS and SINTEF to evaluate the TARGET game with a bigger sample later this year.

Image: TARGET game screenshot featuring the character Andy.  The speech bubble for Andy reads "Yes, we had a nice discussion.  I believe that I understand the situation better now.  I'll get more information later."