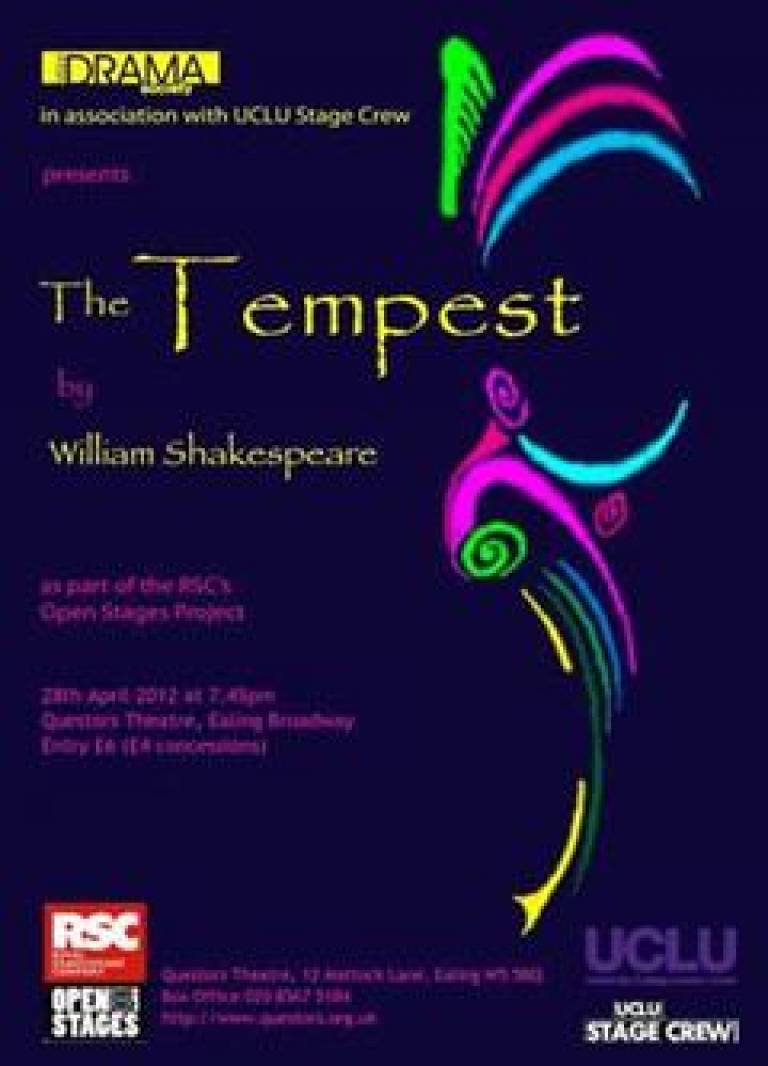 UCLU Drama Society's version of The Tempest has been chosen as the finale of the Royal Shakespeare Company's Open Stages event.

The RSC has again this year invited the top amateur companies in London and the South East to perform at a regional festival, and UCLU Drama Society's The Tempest, directed by Louisa Sanfey, has been selected as the finale of this showcase event.

It will be performed for one night only, 7.45pm Saturday 28 April, at Questors Theatre, Ealing. Tickets are £6 (£4 for students).

Louisa Sanfey, Director, explained: "Following last summer's amazing performance in the UCL Quad - which was absolutely magical despite floods, storms and lightning - we are delighted to have the opportunity to reprise The Tempest on a new stage: Questors in Ealing Broadway, as part of the RSC Regional Showcase for excellent amateur theatre.

"Only 4 shows in London and the South East have been asked to perform in full, so come along for a brilliant night of Shakespeare, magic, dance and moonlight!"

UCL is the only University group represented, and one production from the regional showcase will be invited to perform in Stratford-upon-Avon.