The UCLU Women's Rugby Club has been promoted to the BUCS Premiership for next year following one of the best seasons in the club's history. 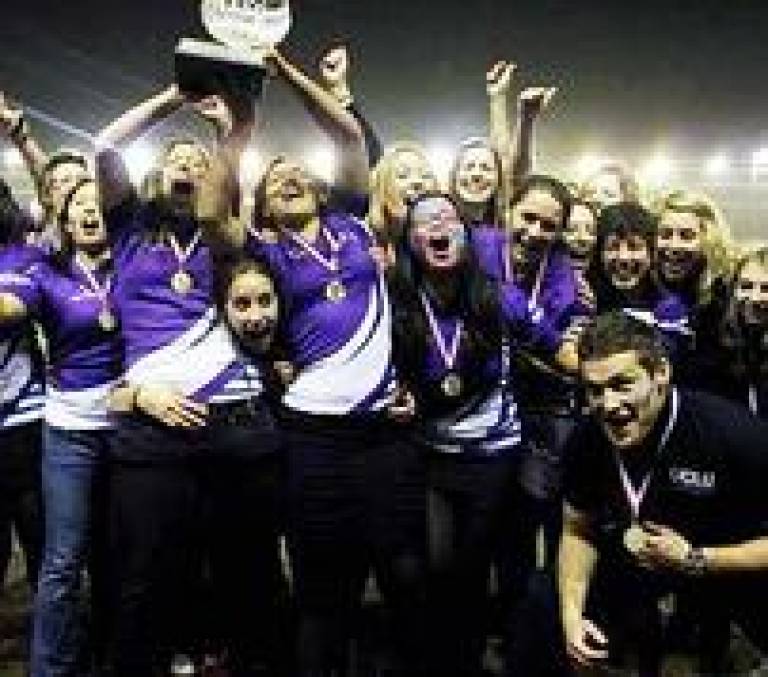 The Club were only promoted to 1A in 2010. This season they have remained undefeated in the BUCS league, winning matches against the likes of Brunel, Sussex and Portsmouth. They were also the first UCL team to get to a BUCS Trophy Final recently, narrowly conceding to Newcastle in their only defeat of the season.

Captain Eleanor Trezise said: "It's amazing news and I'm incredibly proud as Captain. We've had a phenomenal year, all the girls have worked so hard for this and it's no more than they all deserve. We're all very excited for what next season will bring!"

The RUMS Football Club has been awarded the "Wilkinson Sword AFA Fair Play Trophy" for having the best disciplinary record in the country last year. The AFA will be presenting them with the trophy at the RUMS Football President's Day at Shenley on Sunday 22nd April.

Michael Webb, the President, said: "I would personally like to thank each and every player from all four RUMS FC teams for their ceaseless commitment and desire to represent the club in the fairest possible manner. We will use this national award to build on our reputation as a highly respected club, not just within the familiar ULU leagues, but the entire country, and continue our footballing development and endeavour to once again become the most successful club in ULU and UH."