This week the spotlight is on Professor Claire Warwick, Head of UCL Information Studies and Co-Director of UCL Centre for Digital Humanities. 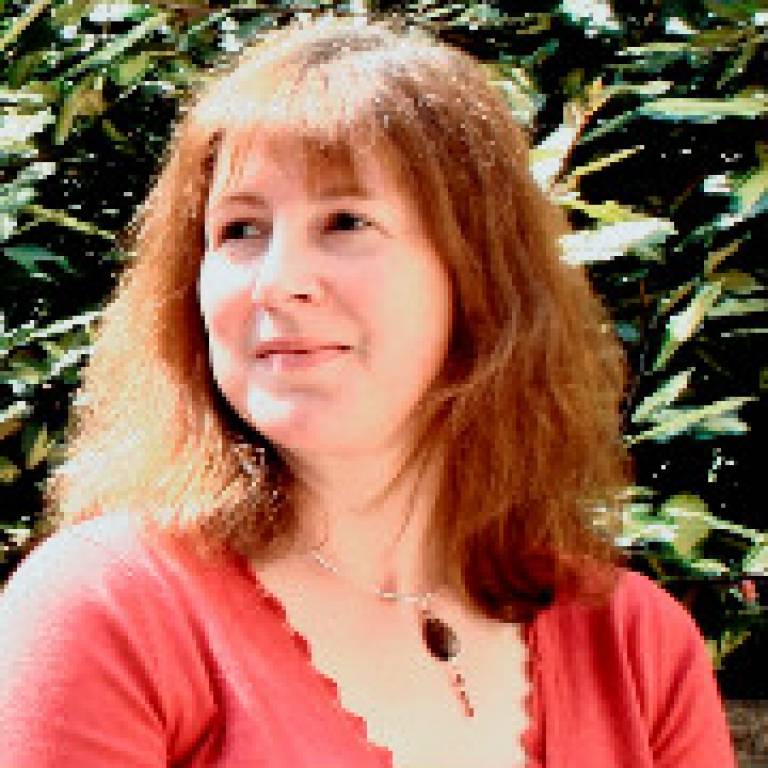 I am Head of UCL Information Studies, Co-Director of the UCL Centre for Digital Humanities and Vice-Dean (Research) for the Faculty of Arts and Humanities; in other words, my role involves running things and being rather busy.

I nevertheless take an active part in research in Digital Humanities (DH) and do a small amount of teaching. My research is on the way that people use digital resources in the arts and humanities and in cultural heritage and I am increasingly interested in the use of social media in these areas.

Like most digital humanists, I began with a PhD in the humanities (English Literature) then became techier. After my PhD I worked for an electronic publisher - now ProQuest - because I had good Latin (I was working on the Patrologia Latina database). I found that I enjoyed working with computers, and especially what was then SGML (now XML), by accident.

A chance meeting as a result of being on the Leeds United email list (sadly, both team and early form of social media are far less successful now than they were then…) led to a job at the Oxford University Humanities Computing Unit and English Faculty.

At the time (1996), very few people with a PhD in English understood computing. My unusual background led me to discover a new field, DH, that quickly became both my professional home and intellectual passion.

I was doing high-level support at Oxford, but this laid the foundations for my later research on users of digital resources in the humanities.

I moved to Sheffield in 1998. Again, I was fortunate to have an unusual skillset at the right time for a lectureship in electronic publishing and discovered another new field, Information Studies.

For a long time, DH remained a minority, shadow discipline; I felt I almost had to apologise for my research area. Things changed about two years ago - although nobody seems to know why.

From being a small, friendly field in which everyone knew each other, DH has emerged as an area of global academic growth in which everyone seems interested. I'm delighted that the rest of the world now appreciates the wonders of DH; I hope it continues to grow, but I also hope it remains as friendly and collegial as before.

I became Director of the UCL Centre for Digital Humanities (UCLDH) in 2009 (of which I am now Co-Director with Dr Melissa Terras). I am extremely proud of UCLDH and my part in its establishment.

This would, however, have been impossible without the very hard work of the UCLDH team and the support of the Deans of Engineering and Arts and Humanities, and the Vice Provost (Research). It is impossible adequately to express how grateful I am to them all for making an unlikely personal dream a successful UCL reality.

In a relatively short time, the centre has built up quite a significant international reputation and is attracting large numbers of PhD students - more than we can supervise.

We've just started a new MA/MSc this academic year; it's recruited well and we are delighted to have a new group of bright, enthusiastic, students at UCL. It is a real privilege to work with a group of talented, creative and hard-working people at UCLDH, whether students or colleagues.

I'm proud of the collaborations that we have established with other parts of UCL and with cultural heritage institutions. It's fascinating to meet new people and find out about research that is going on.

I'd especially like to mention the exciting work that we are doing with CASA on the interpretation of museum objects using social media, whether that's the UCL-funded QRator project in the Grant Museum or our new Social Interpretation project at the Imperial War Museum.

Some people dismiss social media as purely ephemeral: a low-level gossip platform. However, our world-leading research shows that it can be a serious channel through which the public engage with their heritage and take part in the research process itself.

I am very proud to head UCL Information Studies, but it's too soon to say whether I have achieved anything. I remain grateful for my colleagues' patience as I learn the difficult job of being HoD.

Like all true DH-ers, I live my subject. I find social media and the internet endlessly fascinating: I spend far too much time on Twitter, although I don't really understand the appeal of Facebook.

I have, since my days on the aforementioned email list, been fascinated by the genuine sense of community that can be created online, and the way in which people express their digital identity/ies in different ways.

One of the things I am most proud of (career included) is learning to ride in my mid-30s and becoming a horse-owner.

My husband and I jointly own two horses and I try to spend as much time with all three of them as possible either separately or together.

I love good food and wine, preferably in France. I am also addicted to reading and love both real books and my iPad. Otherwise, I like to spend as much time asleep as possible.