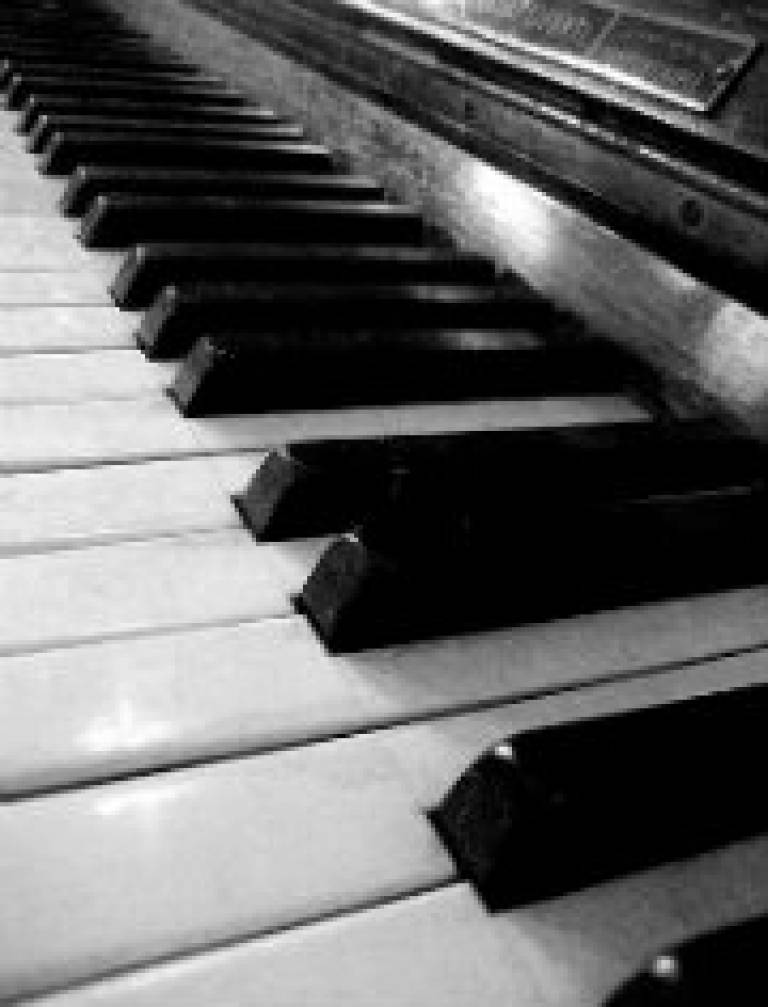 ucl.ac.uk/chamber-music" target="_self">Chamber Music Club celebrates its 60th birthday on 1 May with an anniversary concert at 5:30 pm in the Haldane Room, open to all-comers and free of charge.

The programme will include Mozart's String Quartet in D major, K575, as a reminder of the music played at the Club's inaugural meeting on 1st May 1952, when the performance was followed by a business meeting to discuss the aims and running of the Club. A further meeting on 12th June took a similar format, this time with a Beethoven quartet, and the Club's concert series began officially in the autumn term.

The Chamber Music Club has prospered over the 60 years, and enjoys a healthy membership of around 150. The original objectives - to 'promote the playing and enjoyment of chamber music in the College' - are essentially unchanged, and it is a source of pride that membership is open to staff (academic, non-academic, retired), students and alumni alike, on payment (normally) of a very modest annual subscription - waived this year in honour of our jubilee. An informative account by John Lindon in 2002 of the first 50 years, describing the acquisition of our keyboard instruments and library of scores has been published to commemorate the anniversary.

Developments in recent years have been largely positive: an increased frequency of concerts (19 in each of the last two seasons), some of them at lunchtime; closer links with UCLU Music Society, whose members are regularly invited to perform; an annual joint concert with the Oxford & Cambridge Musical Club; our website and members' email list; and the support of our President and Provost Professor Malcolm Grant, who has agreed to serve as our Honorary President. On the debit side, we sadly lost our harpsichord practice room in 2009, and are waiting for replacement facilities.

Happily, our main performance space remains the Haldane Room, and the Club continues to make a rich contribution to UCL's musical life with its concert series, exploring a wide range of repertoire - from the medieval to the avant-garde - for chamber forces, both vocal and instrumental.

Access to our concerts is open and free of charge, and our autumn schedule will include some guest recitals. Readers are warmly invited to join us - and to raise a glass - at our anniversary concert, which also features a horn sonata by Beethoven and piano music by Debussy and Chopin.

Performers and listeners alike are most welcome as members of the Chamber Music Club. If you love music, why not join us? Find out how at http://www.ucl.ac.uk/chamber-music.