Children with thinner parents are three times more likely to be thin than children whose parents are overweight, according to a new study by UCL researchers. 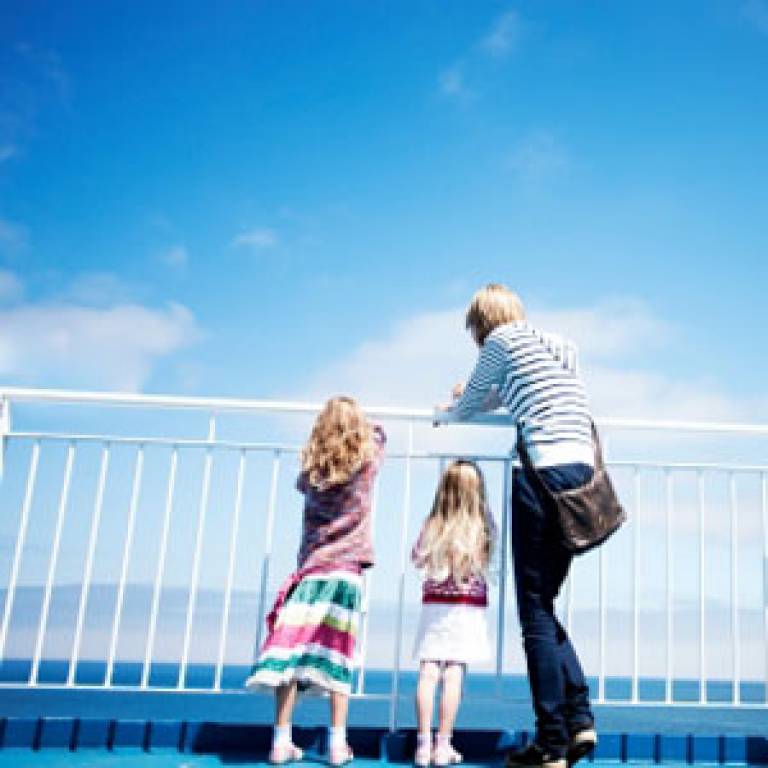 The study, published today in the Archives of Paediatrics & Adolescent Medicine, shows strong familial influence on paediatric thinness. It was based on results from the Health Survey for England, in which data are collected annually from multiple households. From 2001 to 2006, trained interviewers recorded the heights and weights of parents and up to two children in 7,000 families, and used this information to calculate their BMI.

The results showed a strong association between children's and parents' body size. When both parents were in the thinner half of the healthy-weight range, the chance of the child being thin was 16.2%, compared with 7.8% when both parents were in the upper half of the healthy weight range, 5.3% with two overweight parents, and only 2.5% for children with two obese parents.

402 (5.7%) of the 7078 children and teenagers in the study were categorised as thin according to International Obesity Task Force (IOTF) criteria which specify thinness in children as having a current BMI that would predict a BMI less than 18.5 in adulthood. Thinness was more common in younger children but no differences were observed by sex or socioeconomic status.

Previous research shows that obesity runs in families partly because of parent-to-child transmission of multiple genes conferring a higher risk for adiposity (fatness). Finding that thinness in children is related to thinness in parents suggests that thinness may be inherited in the same way, with children of thinner parents being likely to be genetically predisposed to have a lower body weight. In this study, the authors did not find any differences between the effects of mothers' and fathers' weights on child thinness.

Lead author Dr Katriina Whitaker, UCL Epidemiology & Public Health, commented: "We know from other studies that children's weights are correlated with those of their parents, but previous research has tended to focus on obesity rather than the other end of the spectrum."

Professor Jane Wardle, UCL Epidemiology & Public Health, added: "Parents are often concerned if their child is thin, but it may just be their 'skinny genes'. All genes have two versions, called alleles. We might think of weight-related genes as having a 'skinny' and 'curvy' allele. Thinner parents are likely to have more of the skinny alleles, increasing the chance of passing them on to their children. A child who inherits more of the skinny alleles from their parents will be naturally thinner."

This study was funded by a grant from Cancer Research UK, which provides core funding to the Health Behaviour Research Centre, part of the UCL Department of Epidemiology & Public Health.