Source: Wellcome Trust press release For some people, the glass is always half full. 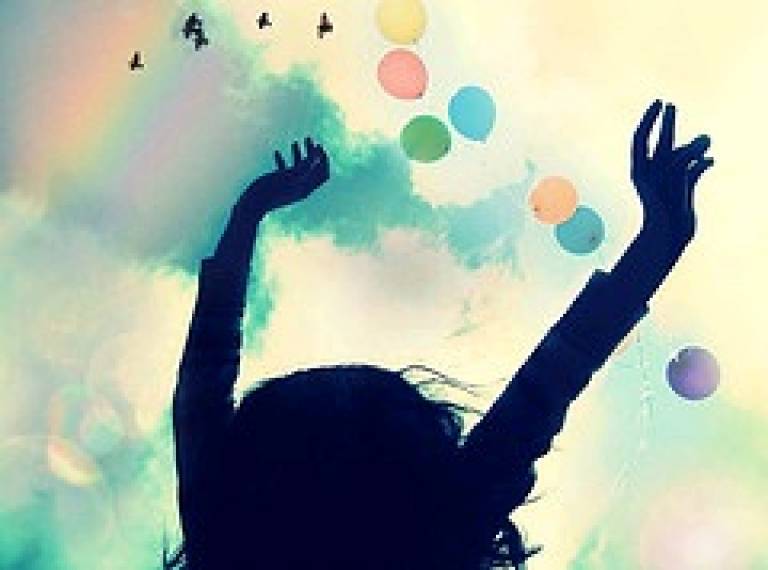 Even when a football fan's team has lost ten matches in a row, he might still be convinced his team can reverse its run of bad luck. So why, in the face of clear evidence to suggest to the contrary, do some people remain so optimistic about the future?

In a study published today in Nature Neuroscience, researchers at UCL's Wellcome Trust Centre for Neuroimaging show that people who are very optimistic about the outcome of events tend to learn only from information that reinforces their rose-tinted view of the world. This is related to 'faulty' function of their frontal lobes.

People's predictions of the future are often unrealistically optimistic. A problem that has puzzled scientists for decades is why human optimism is so pervasive, when reality continuously confronts us with information that challenges these biased beliefs.

"Seeing the glass as half full rather than half empty can be a positive thing - it can lower stress and anxiety and be good for our health and well-being," explains Dr Tali Sharot. "But it can also mean that we are less likely to take precautionary action, such as practising safe sex or saving for retirement. So why don't we learn from cautionary information?"

In this new study, Dr Sharot and Professor Ray Dolan from the Wellcome Trust Centre for Neuroimaging, together with Christoph Korn from the Berlin School of Mind and Brain have shown that our failure to alter optimistic predictions when presented with conflicting information is due to errors in how we process the information in our brains.

Nineteen volunteers were presented with a series of negative life events, such as car theft or Parkinson's disease, whilst lying in a functional magnetic resonance imaging (fMRI) scanner, which measures activity in the brain. They were asked to estimate the probability that this event would happen to them in the future. After a short pause, the volunteers were told the average probability of this event to occur. In total, the participants saw eighty such events.

After the scanning sessions, the participants were asked once again to estimate the probability of each event occurring to them. They were also asked to fill in a questionnaire measuring their level of optimism.

The results of the brain scans suggested why this might be the case. All participants showed increased activity in the frontal lobes of the brain when the information given was better than expected, this activity actively processed the information to recalculate an estimate. However, when the information was worse than estimated, the more optimistic a participant was (according to the personality questionnaire), the less efficiently activity in these frontal regions coded for it, suggesting they were disregarding the evidence presented to them.

Dr Sharot adds: "Our study suggests that we pick and choose the information that we listen to. The more optimistic we are, the less likely we are to be influenced by negative information about the future. This can have benefits for our mental health, but there are obvious downsides. Many experts believe the financial crisis in 2008 was precipitated by analysts overestimating the performance of their assets even in the face of clear evidence to the contrary."

'Understanding the brain' is one of the Wellcome Trust's key strategic challenges. At the Wellcome Trust Centre for Neuroimaging, clinicians and scientists study higher cognitive function to understand how thought and perception arise from brain activity, and how such processes break down in neurological and psychiatric disease.

Commenting on the study, Dr John Williams, Head of Neuroscience and Mental Health at the Wellcome Trust, said: "Being optimistic must clearly have some benefits, but is it always helpful and why do some people have a less rosy outlook on life? Understanding how some people always manage to remain optimistic could provide useful insights into happens when our brains do not function properly."

The research was funded by the Wellcome Trust, the British Academy and the German Academic Exchange Service.

Related coverage in the Daily Mail