Vice-Provost begins Presidency of the Academy of Medical Sciences

Professor Sir John Tooke, Vice-Provost (Health) at UCL, has today begun a five year term as President of the Academy of Medical Sciences. 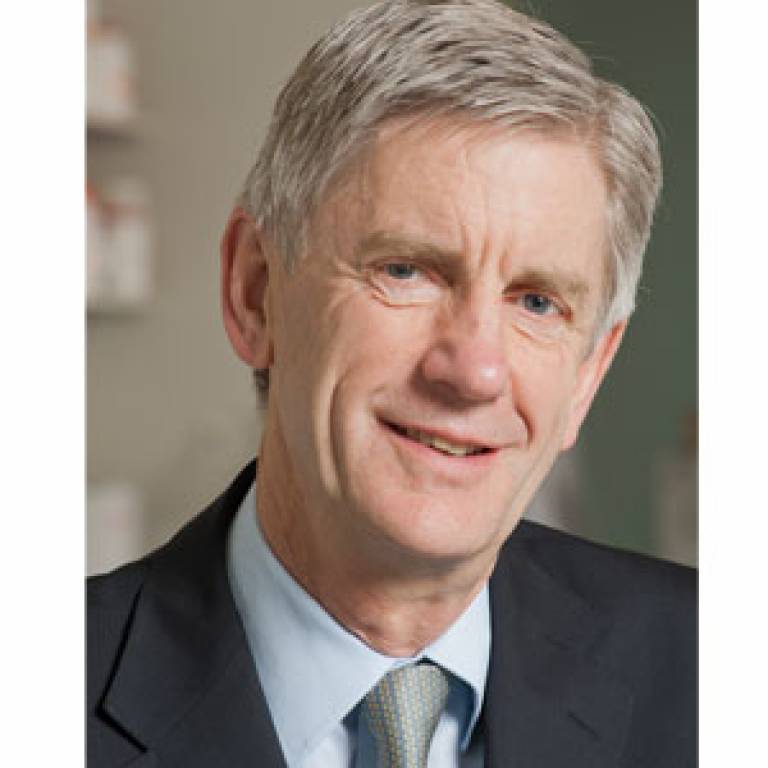 He takes over from Professor Sir John Bell who retired yesterday having led the Academy to significantly increased prominence and influence.

Professor Tooke said: "These are crucial times for UK medical science with unprecedented opportunity coupled with significant risk. The Academy's role has never been more important. I feel very honoured to be the new President of the Academy, succeeding Professor Sir John Bell. During his presidency, Professor Bell has accomplished a huge amount upon which I will endeavour to build."

As President, Professor Tooke is keen to promote the development of cross sector partnerships that explore holistic and radical ways of supporting industry, academia and NHS collaboration. He will also engage decision-makers to ensure resources are strategically deployed to create a sustainable science and innovation base that meets health needs.

He added: "There has never been a more exciting or important time for British medical science and the Academy has a key role to play in ensuring our full potential is realised. Over the next five years I very much look forward to working with the Academy's Honorary Officers, staff and Fellows to that end."

There has never been a more exciting or important time for British medical science and the Academy has a key role to play in ensuring our full potential is realised.

Previously the inaugural Dean of the Peninsula Medical School, in 2007 Professor Tooke was appointed by the Secretary of State for Health to Chair an Independent Inquiry into Modernising Medical Careers. In addition to being Head of the School of Life and Medical Sciences and Head of the Medical School at UCL, he has published extensively in the fields of diabetes, endocrinology and vasculature, and has also worked across the basic and clinical science interface at several institutions both in the UK and overseas.

Outgoing Academy President Professor Sir John Bell said: "I am delighted that Professor Tooke has taken over the role. He will ensure that the Academy maintains the highest profile possible as the organisation that supports biomedical research."