This week the spotlight is on Dr Douglas Guilfoyle, Senior Lecturer, Faculty of Laws. 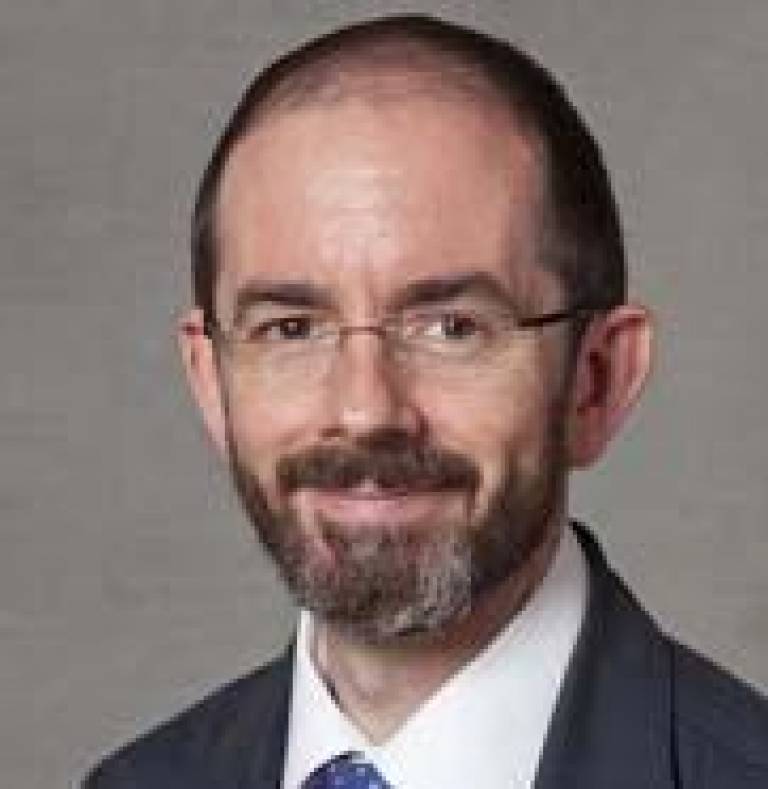 I am a Senior Lecturer at the Faculty of Laws where I teach public international law, law of the sea and international criminal law. My principal research interest at present is Somali piracy. The job provides a mix of undergraduate and graduate teaching, which I find a great counter-balance to research. There's nothing like students for bringing you back to earth, or to prompt you to ask some fairly fundamental questions about things you take as given.

I sit on the usual range of committees, but have been really happy to be increasingly involved with our research students in the PhD program and to have assisted a number of our student teams who participate in international law mock court competitions. Both of these are very important areas to me. I had a terrific PhD experience and developed a life-long love of international law through the Jessup International Law Moot. The latter is a world-wide competition involving over 500 law schools, and UCL has had remarkable success in recent years in having teams qualify to compete in the international rounds in Washington DC (where our team reached the quarter-finals in 2007, the semi-finals in 2008 and the grand final in 2009).

This is the beginning of my fifth year at UCL. It's been a wonderful time to have joined UCL Laws; the Faculty has expanded significantly in my time here and it's terrific to be part of a vibrant and growing research and teaching community.

Previously I was a graduate student at Cambridge (more international law), and before that I was a commercial solicitor in Australia and a judicial associate in the Australian Federal Court system. All of that experience has proved useful.

Doctoral study was a wonderfully liberating experience for a jobbing lawyer, a terrific chance to pursue a topic simply because you find it interesting. In my case this was the international law relevant to stopping and searching ships on the high seas in peacetime - which led to my current interest in high-seas piracy. However, the early experience of law from a law firm and court-oriented perspective has also been terrifically useful.

I think some law students, especially those thinking of going into the profession, like a teacher with 'practical' experience; it also perhaps adds a little bit of credibility in their eyes when you're a younger member of staff. More importantly, the background in legal practice in Australia gave me a lot of training in writing in a clear, succinct, problem-oriented way which I hopefully manage to put into practice. Given that I want my research to reach government lawyers working in navies and foreign offices, I think that style and approach has helped me a great deal.

I suppose I am most proud of my participation in the legal issues working group of the Contact Group on Piracy off the Coast of Somalia. Working Group 2, as it's called, is a meeting of over 100 lawyers from governments, international organisations and the shipping industry chaired by the Danish foreign ministry. I was asked to write a report for them in 2009 on jurisdiction over pirates under international law, and have been invited to the quarterly meetings since then to present on a range of international law issues. I am the only academic without any government affiliation in the room and it's been fascinating to be involved in the front line of legal discussion surrounding a complex and continually evolving situation. Similarly, I'm also acting as a specialist advisor to a House of Commons inquiry into Somali piracy at present.

I was awarded a Leverhulme International Network grant to produce a book on modern high-seas piracy. The aim of the book is to provide a kind of manual or desk reference covering different forms of contemporary piracy and range of legal issues from the point of view of both public and commercial lawyers. It's sometimes surprising how little understanding those of us working on the government or law enforcement side of the problem have of the commercial law issues, and vice versa.

I am also very pleased to have been short-listed for the Law Teacher of the Year Award. The preliminary short-list is drawn up on the basis of nomination papers, and the next phase is a pretty probing on-site visit including recording a class and interviews with students. I'd like to think I've been an active experimenter in teaching and learning, and responsive to student surveys. But we'll see what the judges' visit brings.

Like a surprising number of UCL academics I live in Cambridge. I like the quieter pace outside London. As relatively new home owners, my wife and I tend to find renovations and DIY consume a fair bit of the weekend, though I'm less active in the garden than I'd like to be.

I'm trying to learn to be a better cook, especially since my wife stopped eating meat. It's astonishing what a prop meat turns out to be in cooking and how much more thought, though not necessarily effort, you're forced to put into cooking without it!