Prion infection begins after one minute of exposure 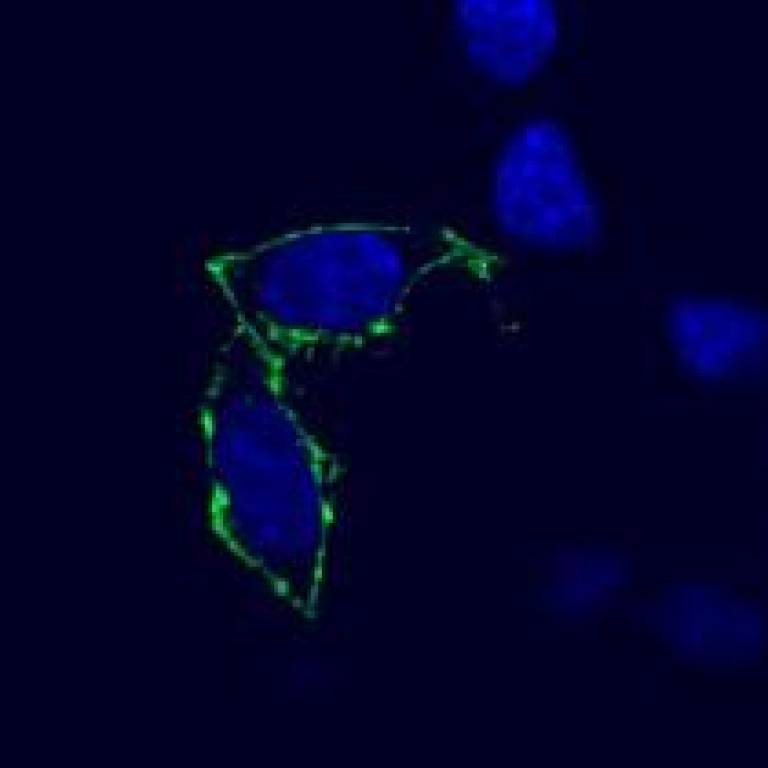 Scientists funded by the Medical Research Council (MRC) have shown that one minute of exposure to infecting prions is enough to begin the chain reaction of events which lead to prion disease in the brain, causing Creutzfeldt-Jakob disease, the human form of Mad Cow Disease, far quicker than previously estimated.

Understanding more about the first few minutes and the unexpected speed of prion infection in cells, demonstrated in this study, may help to explain the aggressive progression of prion diseases observed in the body and why the whole nervous system can become affected within a few weeks.

Previous studies on cultured cells had suggested that 'prion protein misfolding', a process which indicates the beginnings of prion infection, appears several days after exposure to infectious material. The authors of this study, published in Nature Communications have developed a new system where a tagged prion protein is introduced into cells in culture, allowing for the first time newly converted prion protein to be detected. With this system they have shown that misfolded prion protein can accumulate in under two hours, that only one minute of exposure is enough to convert a normal prion protein to its infectious form and that this occurs first on the cell surface. The work was carried out at University College London (UCL) Institute of Neurology.

Prof Sarah Tabrizi, from the Department of Neurodegenerative Disease, who led the study says:

"These findings provide new insights into prion infection by revealing how the infectious form of the protein can spread so quickly across the brain, and may partly explain why the whole nervous system can become affected within a few weeks. Little has been understood about the earliest events and the fundamental changes which take place when cells in the brain are exposed to prions, and hopefully this study will inform further research that goes some way to mitigating the damage caused by devastating prion infections."

An accompanying commentary "The Fast and the Furious" is also published today in Nature Reviews Molecular Cell Biology.