At its meeting in March 2011, UCL Council decided that for home/EU undergraduates entering in 2012/13 the tuition fee for all programmes should be £9000. 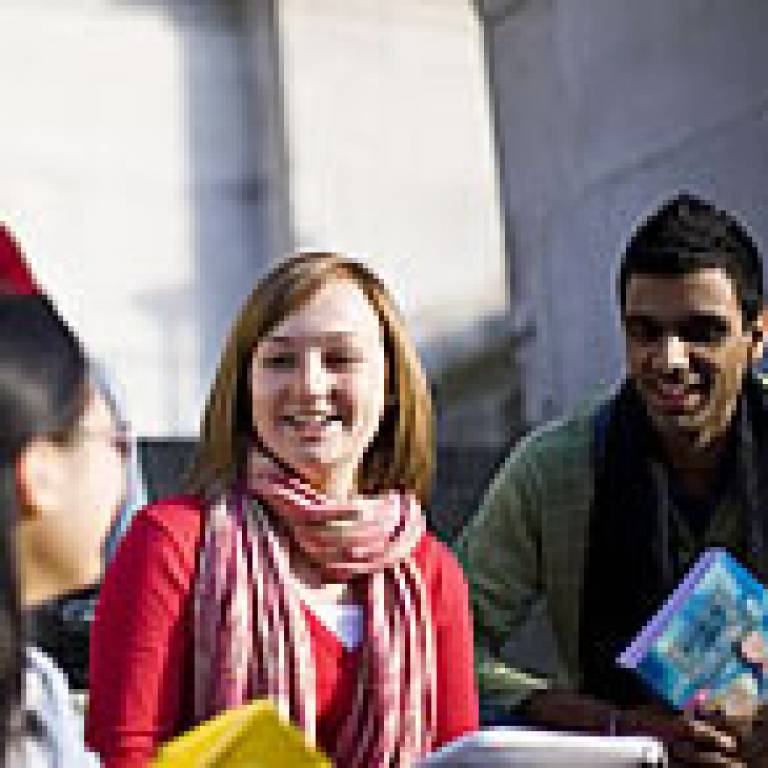 As has been widely reported in the media, the majority of universities have decided to charge the maximum fee. This article explains the thinking behind the decision for UCL, to set the context, and to give some information on our arrangements for outreach and financial support.

Historically, the Government has paid a substantial part of the cost of educating home/EU undergraduates, albeit with an increasing proportion of the cost falling on the individual in recent years, with the switch from grants to loans, and the reintroduction of tuition fees.

The Coalition Government has changed the landscape for funding higher education by deciding that ultimately most of the costs of undergraduate education should be met by contributions paid by students after graduation, with effect from the intake which will start at university in the autumn of 2012.

Up to now, the "block grant" funding for home/EU undergraduates has been paid in four bands, Band A being for clinical subjects, B for laboratory-based, C for subjects with some lab-based work (e.g. computer science, psychology) and D classroom based. From 2012/13, as part of the Government's scheme to reduce public spending, the grant for Bands C and D will be phased out completely over three years, and funding for Bands A and B courses will be reduced by an amount equivalent to the rate for Band C. In addition, capital funding for teaching is being reduced by 70%, and there will be no replacement for the London weighting factor included in the allocations to London-based institutions. At the same time, universities have been given the freedom to charge up to £9000 a year in tuition fees subject to the approval of an Access Agreement with the Office for Fair access.

Some of the media reporting, and some ministerial comments, have suggested that in taking their decisions universities have been swayed by greed, or the fear that charging less than £9000 would signal a lack of confidence in the quality of the programmes on offer. Neither of those factors was the driving force for UCL. The amount of funding lost will vary between institutions, depending on their mix of numbers in the different funding bands, whether or not they are London-based, and the size of their capital grant. Unfortunately these are all significant factors for UCL, so our best estimate which we presented to Council was that we would need to set our fees at £8500 simply to stand still and avoid losing income. In addition, Council took account of the fact that there are still some significant risks in predicting future funding. For example, we do not know if and when the £9000 cap will be uprated for inflation, and although there have been assurances that there will be continued funding to recognise the extra costs of Band A and B provision, we do not expect an announcement on how it will be allocated until the end of the calendar year, and there are no guarantees that UCL will receive the same amount as we do now. Council therefore took a prudent view that setting the fee at £9000 would enable us to do all that we can to maintain income, continue to deliver a high quality student experience, and target as much financial student support as possible towards students in need.

As I am sure you know, the scheme is really a graduate contribution scheme, although we all talk about tuition fees. No student is required to pay anything upfront. We will invoice the Student Loans Company for fees, and students only make repayments after they have graduated and are earning over £21000 per annum. They then pay 9% of earnings over that level (so for example a student earning £42000 a year will pay 9% of £21000, or 4.5% of their total earnings.) It is important to note that the repayment rate does not vary with the level of fee, students pay 9% of earnings over £21000 regardless of the amount to be repaid, so lower fees will simply shorten the repayment term. If income falls below the threshold then payments are suspended, and any debt remaining after 30 years is written off. The following table illustrates repayments at different levels of income:

What about student support?

In addition to the fee loan, as now the Government will provide a mixture of grants and loans to help students with living costs. For students in London, the maximum loan is £7675. For students with a family income below £25000 a year, there is a non-repayable grant of £3250, and students from families with an income of up to £42000 a year will receive some grant. The BIS website has full details.

Support from UCL will be delivered as part of our Access Agreement. This is still subject to approval by the Office for Fair Access (OFFA), which we expect to receive in July. In total, we are proposing to spend 30% of our additional fee income on outreach activity and support for the least well off students. This means that students with a family income of less than £25000 a year will receive a cash bursary of £3500 a year, and those with a family income of £25-42000 will receive a cash bursary of £1000 a year. We have chosen to put all of our financial support into cash bursaries rather than reducing or waiving fees. This puts cash in the hands of students while they are at UCL, whereas a reduction in fee simply reduces the number of years over which students will make repayments. Our view is that cash now is better for students than a reduction in repayment period which may be years away. We will also be putting additional resources into the Hardship fund. UCL already does a lot of excellent work in promoting access to higher education, and last year we worked with 20000 young people, 900 parents, 400 teachers and 140 schools on a wide-ranging programme of activity. The opening of the Camden Academy will be a notable milestone in our outreach work, and in addition we will be putting more resources into existing activity and trialling new programmes from 2012.

There is clearly widespread confusion about the new funding arrangements. The headlines have mostly been about the substantial increase in fees, and messages about the fact that there is no upfront payment, and the financial support available will really need to be communicated effectively over the coming months, in order that applicants for 2012 entry are confident about what they can expect. UCL must play its part in this, and we are developing a communications campaign which will target potential applicants, schools and parents, to get the message across.