In the Shadow Of Hitler

Dr Rebecca Haynes and Professor Martyn Rady (both UCL School of Slavonic and East European Studies) co-edit a new book, In the Shadow of Hitler: Personalities of the Right in Central and Eastern Europe. 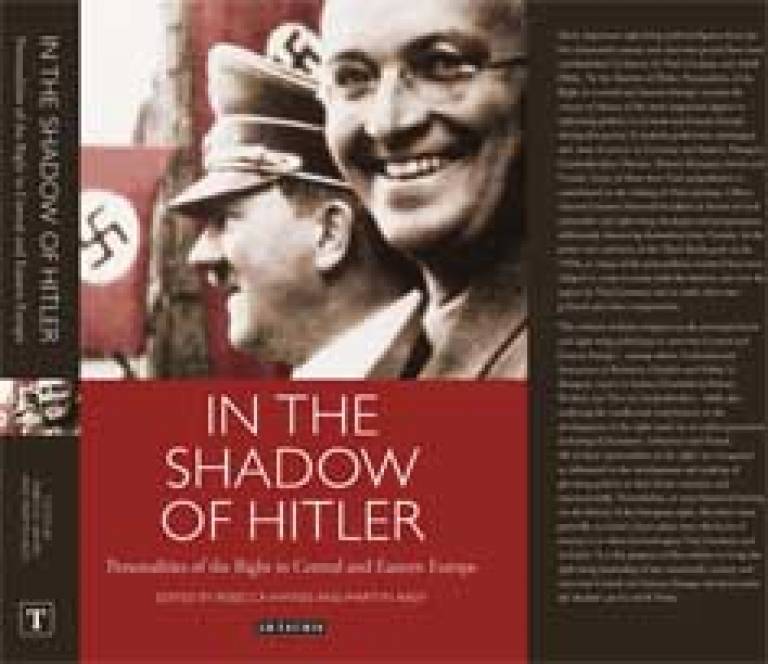 Many important right-wing political figures from the late nineteenth century and inter-war period have been over-shadowed in history by Nazi Germany and Adolf Hitler. This book assesses the careers of seventeen of the most important figures in right-wing politics in Central and Eastern Europe during this period and reveals the significance of leaders whose impact has been overlooked.

Some of these figures were Nazi-sympathisers; others rejected German National Socialism in favour of rival nationalist and right-wing ideologies and programmes. But all played a role in modern European political history that cannot be ignored.

This book seeks to draw some of the leading right-wing politicians and thinkers in Central and Eastern Europe out from under Hitler's shadow.

In the Shadow of Hitler is officially launched on 8 June 2011.