Political and religious figures to debate role of religion in education

On June 15th UCL and the Accord Coalition will host a panel debate of leading political and religious figures to debate the role of religion in education, marking 140 years since the University Tests Act became law. 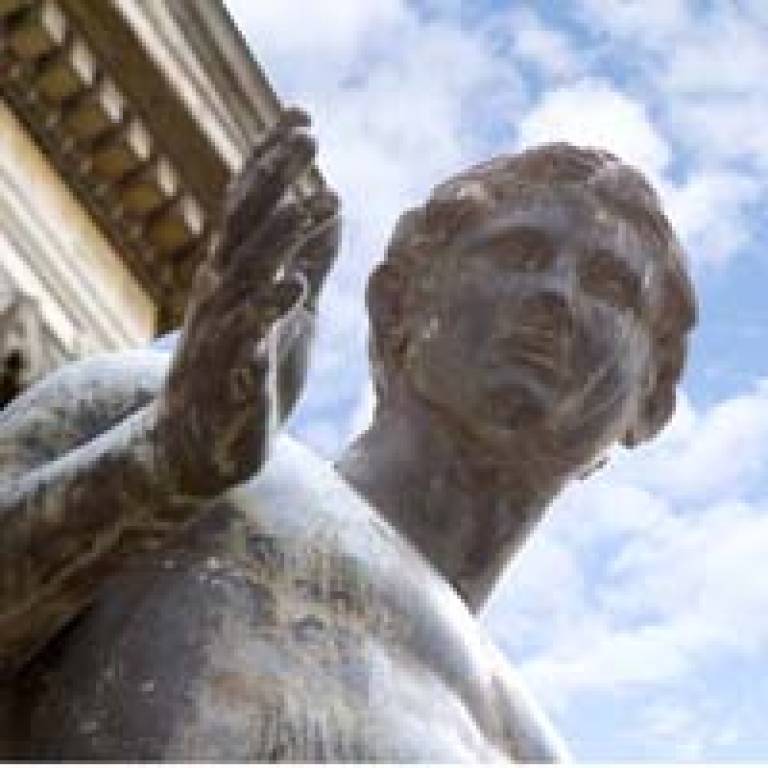 Confirmed to speak are Charles Clarke (former Secretary of State for Education), Professor Anthony C. Grayling (incoming President of the British Humanist Association), Dr Muhammad Abdul Bari (Secretary General of the Muslim Council of Britain 2006-2010) and Rabbi Dr Jonathan Romain MBE (Chair of the Accord Coalition). A representative from both the Government and the Church of England have also been invited to speak.

Professor Michael Worton, UCL's Vice Provost for Academic affairs, says: "It is important to mark this anniversary and to engage creatively with the thinking behind the University Tests Act in the context of today's debates around faith, freedom of expression and secularity. It is also appropriate that this debate should take place at UCL, England's first avowedly secular university, and we are delighted to host this event in collaboration with the Accord Coalition".

Rabbi Dr Jonathan Romain, Chair of the Accord Coalition, commented "We are very pleased to be jointly hosting a public debate to mark the 140th anniversary since the University Tests Act was enacted into law with UCL, the first university institution in England to admit students regardless of their beliefs, when as a society with are still trying to balance the rights and freedoms of religious groups, their adherents, pupils, staff and parents in the education system today."

The University Tests Act of 1871 brought to an end religious discrimination in Universities in the UK for non-theological courses. Prior to the Act colleges at Oxford, Cambridge and Durham Universities restricted fellowships and places to study to Anglicans.

While many universities and colleges have explicitly religious foundations and most have active religion and belief student groups, discourse on the role of religion in the education system today focuses largely on school age education. A third of state funded schools in England and Wales are faith schools, and most can employ teachers and select pupils on the grounds of religion, as well as provide instructional Religious Education. Some claim these practices help to create a more segregated school system, which may undermine community cohesion, while others believe these freedoms allow schools to foster a unique character preferred by many parents. Almost all faith schools are Christian; some argue that many more non-Christian faith schools should be established, while others contend the state should not fund faith schools on principle.

The public event is free to attend and is taking place in Theatre 1 of the Cruciform Building on Gower Street in Bloomsbury between 19:00 and 20:30. Tickets can be booked at http://uclreligionineducation.eventbrite.com