This year more scientists from UCL than ever are taking part in the Royal Society's Summer Science exhibition, which showcases the most exciting cutting-edge science and technology research from around the country. 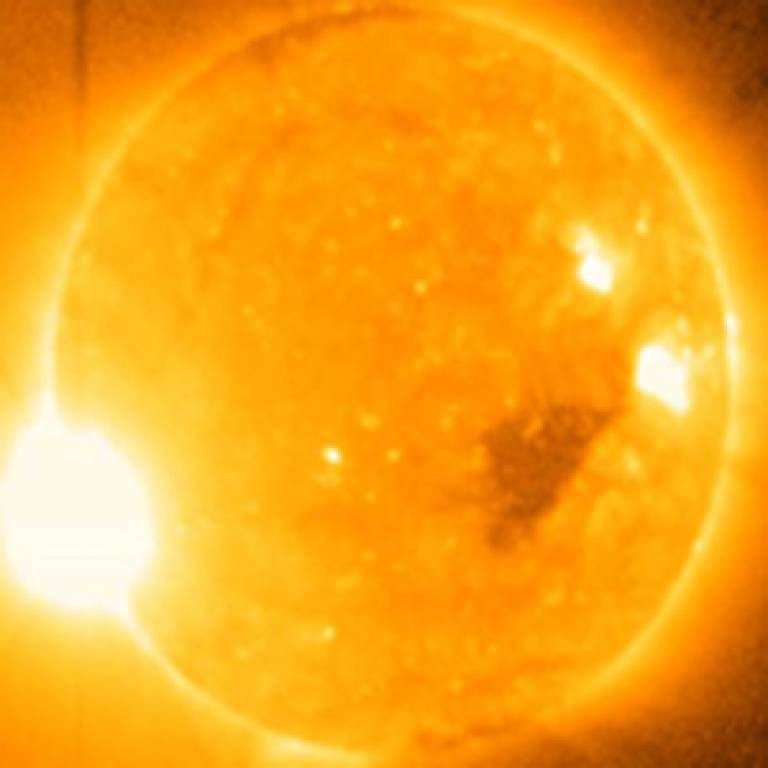 The exhibition provides a unique opportunity for members of the public to interact with scientists and ask them questions about their work.  We've also recorded a podcast with two UCL exhibitors, follow the links below to listen.

Four groups from UCL have set up exhibits:

Our modern world is full of noise: from machinery, transport, radio & television, MP3 players, and other people talking.

This exhibit shows how background noises of all types affect our ability to understand speech, and makes it harder for us to think about and remember things. Other factors make understanding speech in noise even more difficult; for example if we have a hearing impairment, or when we try to function in a language that is not our mother tongue. People even adapt their own speech to make it easier for others to understand. Visitors can learn about all this, including some technologies that can help us to combat the effects of noise.

Have you ever wondered what the aurora are or how they work? Do you want to know about the Earth's invisible shield in space that protects us and our technology from solar radiation and explosions on the Sun? Are you interested in how to measure something in space that you can't even see?

'Cluster' are four European Space Agency spacecraft that are exploring near Earth space and the magnetosphere, the invisible shield that surrounds us. At this exhibit you can learn about how the magnetosphere protects Earth from solar activity and about how it acts as the battery that powers the aurora.

(led by staff at Queen Mary, University of London in collaboration with UCL Psychology)

Face it, faces matter. They are windows to our emotions and identities. At this exhibit you can explore how scientists are trying to understand how the brain understands faces and you can help scientists create the next generation of life-changing software and robots. Watch a video about their work:

Wave-particle duality is the principle in quantum physics that very small objects like electrons can sometimes behave like particles and sometimes behave like waves. When we observe waves we see effects that we don't normally associate with moving objects, such as interference and superposition of different frequencies (like when you play an octave chord).

The exhibit explains how scientists have made electrons in a silicon chip behave like waves in just these kinds of ways - destructively cancelling each other out and chiming in chords. Visitors can learn how scientists are making use of some of this quantum wave-particle weirdness to develop a new kind of powerful computer.

Image: A solar flare observed by the GOES-13 spacecraft on 5 December 2006. In fact, this flare was so intense that it damaged the camera taking the picture. It also disrupted satellite navigation systems on Earth. Credit: NOAA/ GOES SXI