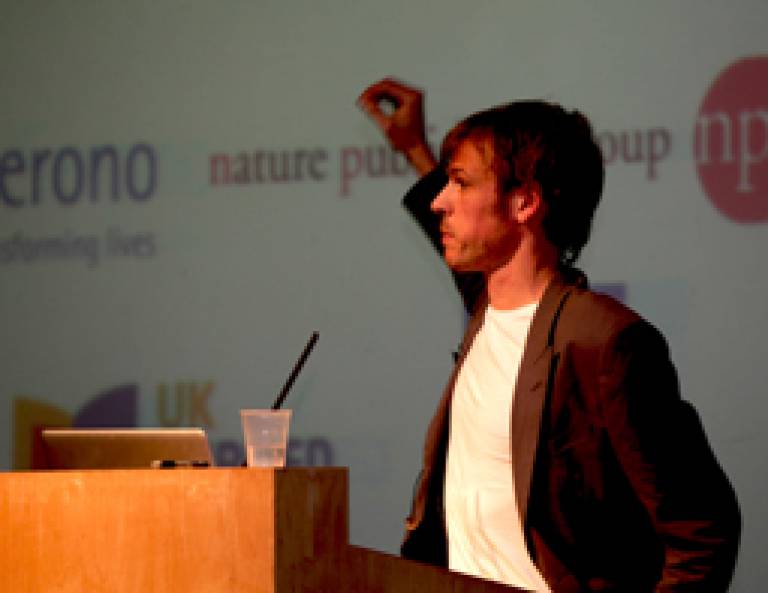 Congratulations to Dr Tiago Branco (Wolfson Institute for Biomedical Research) and Dr Rita Sousa-Nunes (National Institute for Medical Research and Cell and Developmental Biology), the first ever recipients of the UCL Neuroscience Early Career Prize. Along with receiving £500 each, Branco and Sousa-Nunes, were also given the opportunity to speak about their research at the UCL Neuroscience Symposium 2011 on Friday 1 July, alongside their more senior peers. 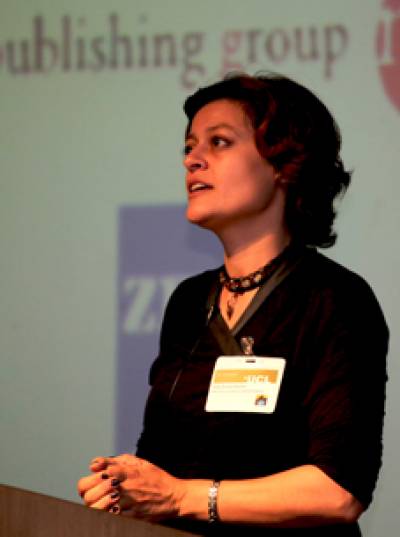 Branco received the prize in the junior post-doc category for his paper, which appeared in Science in September 2010, "Dendritic discrimination of temporal input sequences in cortical neurons."

On winning the prize, Branco commented, "While this is a 'local' prize, the fact that we are in UCL, and thus surrounded by a number of world-class peers that hardly any other institution in the world can match, make receiving this award is a truly exceptional honour. It was also a great experience to have the opportunity to present the work to the whole community. I find this type of peer recognition extremely motivating, and an important confidence boost at probably the most critical time of my career, when I am trying to start my own research group. " 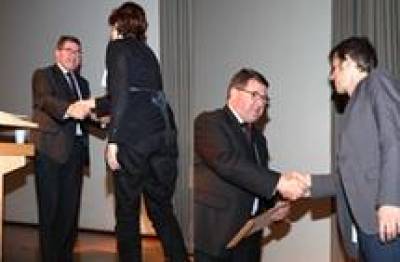 Sousa-Nunes commented, "This Symposium really brought home how strong and broad the field of Neuroscience is at UCL; from work on the molecular to cognition.  It is thus an incredible honour to have our work highlighted in the form of a prize, including the opportunity of presenting it at the Symposium."

"The brain is remarkably good at processing sequences of information from the outside world. This fundamental operation underlies sensory perception, cognition and motor output, and it is a very complex computational task normally considered to be achieved by large networks of neurons. In this study we have found that a single neuron can already carry out this task, and can efficiently discriminate multiple input sequences. We studied neurons in areas of the mouse brain which are responsible for processing sensory input from the eyes and the face, and used a laser to activate inputs in precisely defined sequences while recording the resulting electrical responses of the neurons. Surprisingly, we found that each sequence produced a different response, even when it was delivered to a single dendrite, the tiny receiving elements of neurons. This challenges the widely held view that this kind of processing in the brain requires large numbers of neurons working together, and demonstrates how the basic components of the brain are exceptionally powerful computing devices in their own right."

"Stem cells can replenish damaged tissues with new cells, which fuels hopes for new therapies. However, for stem cell therapies to be safe and successful we need to be able to control stem cell divisions as, if uncontrolled, these divisions can generate tumours. Stem cells often undergo periods of dormancy, when they do not divide. Understanding what regulates this dormant state (known as quiescence) can give us clues as to how to switch stem cells 'on' and 'off'. We have identified a mechanism regulating the switching back 'on' of neural stem cell divisions in the fruit fly (Drosophila melanogaster). Neural stem cells in the brain react to amino acid availability in the blood. They sense this availability indirectly, however: adipocytes relay this information to glial cells in the brain, which in turn pass on the information to the neural stem cells. It will be worthwhile investigating whether human adipose tissue sends similar signals to glial cells."