Missing or deformed limbs, clubfoot, facial disorders and gastrointestinal problems are some of the most common birth defects found to be associated with smoking during pregnancy, according to a major new report led by scientists at UCL. 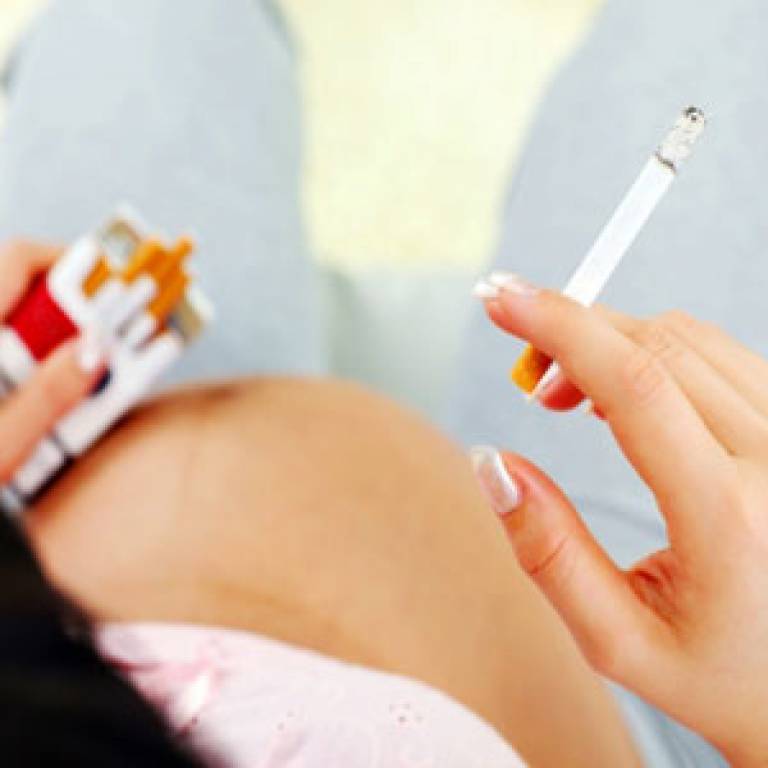 The study, published today in Human Reproduction Update, is the first comprehensive review to identify the specific birth defects (malformations) most associated with smoking.

Despite public health advice which warns of the harms of maternal smoking, such as miscarriage and premature birth, in the UK 45% of women under 20 and 17% overall still smoke during pregnancy, according to the national figures (Office for National Statistics 2006). In the USA, 20% of women aged under 25 years smoke during pregnancy, compared to 9% among those aged over 35.

The authors examined a total of 172 research papers published over the last 50 years, which looked at a combined total of 174,000 cases of malformation alongside 11.7 million controls. The risk was increased by 26% for having a baby with missing or deformed limbs, 28% for clubfoot, 27% for gastrointestinal defects, 33% for skull defects, 25% for eye defects, and 28% for cleft lip/palate. The greatest increase in risk (50%) was for a condition called gastroschisis, where parts of the stomach or intestines protrude through the skin.

The research authors recommend that public health guidance should now be more explicit about the specific malformations associated with maternal smoking, in order to try and reduce the numbers of pregnant women who smoke.

Lead author Professor Allan Hackshaw, UCL Cancer Institute and member of the Royal College of Physicians Tobacco Advisory Group, said: "People may think that few women still smoke when pregnant. But the reality is that, particularly in women under 20, the numbers are still staggeringly high.

"Maternal smoking during pregnancy is a well established risk factor for miscarriage, low birthweight and premature birth. However, very few public health educational policies mention birth defects when referring to smoking and those that do are not very specific - this is largely because of past uncertainty over which ones are directly linked.

"Now we have this evidence, advice should be more explicit about the kinds of serious defects such as deformed limbs, and facial and gastrointestinal malformations that babies of mothers who smoke during pregnancy could suffer from.

"The message from this research is that women should quit smoking before becoming pregnant, or very early on, to reduce the chance of having a baby with a serious and lifelong physical defect."

Co-author, Professor Charles Rodeck, UCL Institute for Women's Health, added: "The results of this research are of the greatest significance for the health of mothers and babies and for public health policy. If the recommendations are implemented, they will lead to a reduction in the incidence of several common malformations, and also to greater efficacy of smoking prevention programmes, as the warning of a birth defect adds weight to that of a small or premature baby."