An international team of scientists has discovered that the female ancestor of all living polar bears was a brown bear that lived in present-day Britain and Ireland during the last ice age - 20,000 to 50,000 years ago. 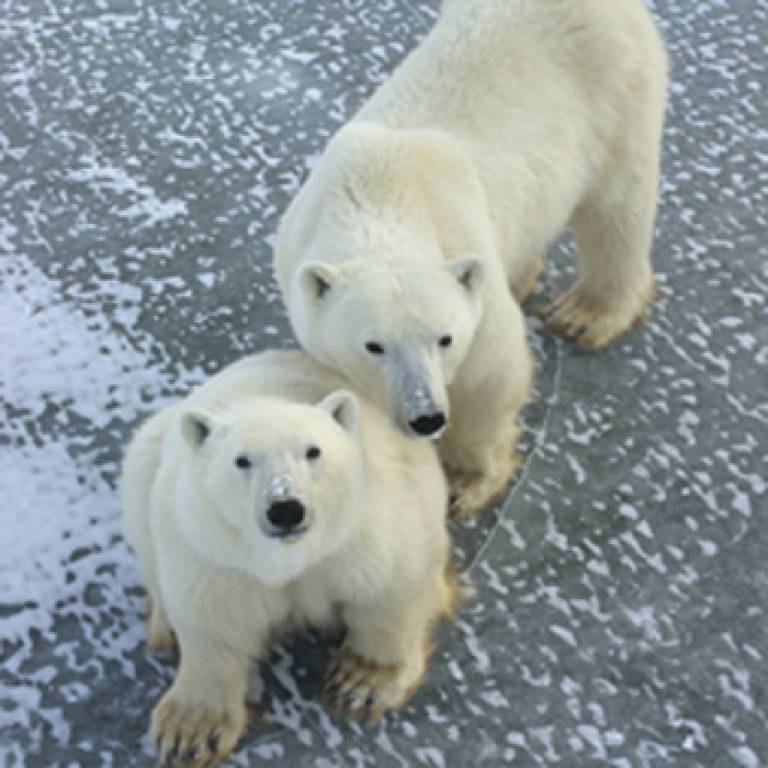 Changes in climate affecting the North Atlantic ice sheet probably gave rise to periodic overlaps in bear habitats. These overlaps then led to interbreeding between bears, an event that caused maternal DNA from brown bears to be introduced into polar bears.

The research is expected to help guide future conservation efforts for polar bears, which are listed as threatened under the Endangered Species Act. The results of the study are published online on 7 July 2011 in the journal Current Biology.

Polar and brown bears are very different species in terms of body size, skin and coat colour, fur type, tooth structure, and many other physical features. Behaviourally, they are also quite distinct. Polar bears are expert swimmers that have adapted to a highly specialized, arctic lifestyle, while brown bears are climbers that prefer mountain forests, wilderness regions, and river valleys of Europe, Asia, and North America.

Beth Shapiro, Associate Professor of Biology at Penn State University and lead author, said: "Despite these differences, we know that the two species have interbred opportunistically and probably on many occasions during the last 100,000 years."

"Most importantly, previous research has indicated that the brown bear contributed genetic material to the polar bear's mitochondrial lineage - the maternal part of the genome, or the DNA that is passed exclusively from mothers to offspring. But, until now, it was unclear just when modern polar bears acquired their mitochondrial genome in its present form."

Although previous researchers had suggested that the ancient female ancestor of modern polar bears lived on the ABC Islands - the Alaskan islands of Admiralty, Baranof, and Chichagof - only 14,000 years ago, the team found evidence of a much earlier inter-breeding event.

Following this event, the new mitochondrial DNA type probably underwent fixation in polar bears - spread of one genetic form through the entire gene pool, leading to a reduction in genetic variation.

Professor Mark Thomas, UCL research department of Genetics, Evolution and Environment, and co-author of the paper, said: "The odd thing is that although polar bears and brown bears have been around for a long time, and are clearly different, these Irish brown bear genes have swept through polar bears so quickly. It just goes to show that ancestry and origins are not as simple as we might think.

"It shows again that species are not hard, fixed entities. And maybe that's a good thing: good for polar bears and, if recent DNA studies of Neanderthals are correct, good for humans too."

After performing genetic analyses of 242 brown-bear and polar-bear mitochondrial lineages sampled throughout the last 120,000 years and across multiple geographic ranges, the research team found that the fixation of the mitochondrial genome likely occurred during or just before the peak of the last ice age, possibly as early as 50,000 years ago, near present-day Ireland.

The specific population of brown bears that shared its maternal DNA with polar bears has been extinct for roughly 9,000 years. However, her data offer clear genetic evidence that the two species were in contact long before the brown bear's disappearance from the British Isles.

Image: The research team concluded that all living polar bears trace their maternal ancestor to a brown bear that lived near present-day Britain and Ireland just prior to the last ice age.