Love: it's all the same to the brain 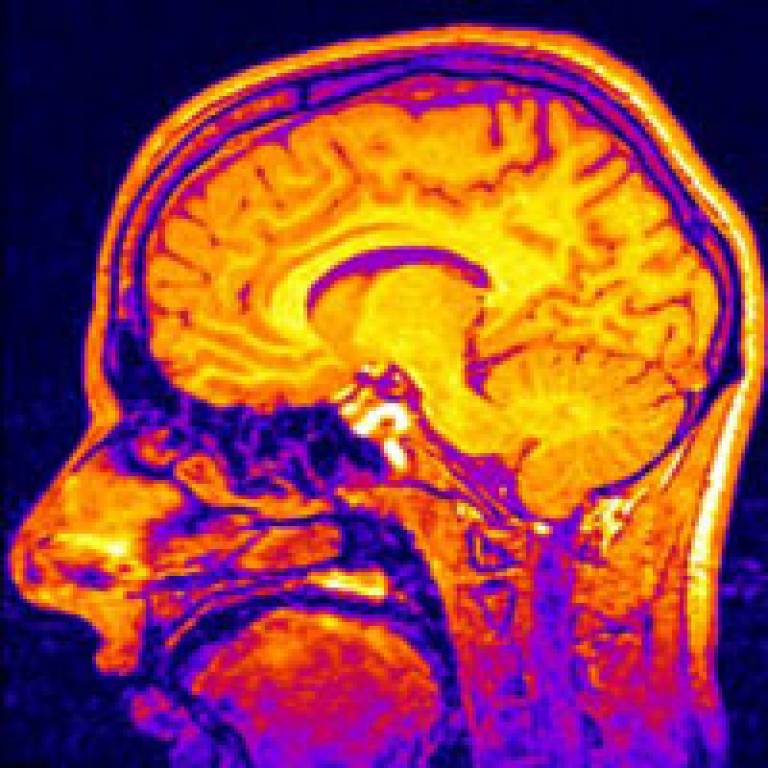 plosone.org/article/info%3Adoi%2F10.1371%2Fjournal.pone.0015802" target="_self">Research paper in PLoS One
Wellcome Laboratory of Neurobiology at UCL
Coverage in The Daily Telegraph

There are no differences between heterosexuals and homosexuals or between women and men in terms of the brain systems regulating romantic love, according to new UCL research published in the latest issue of PLoS One.

The study, by Professor Semir Zeki and John Romaya from the Wellcome Laboratory of Neurobiology at UCL, is a continuation of earlier work from the same lab which described brain activity in terms of romantic and maternal love.

In this latest study, 24 subjects were asked to view pictures of their romantic partners, as well as pictures of friends of the same sex as their partners but to whom they were romantically indifferent, while the activity in their brains was scanned with functional magnetic resonance imaging (fMRI).

All of the study participants were asked to rate their feelings towards their romantic partners both before and after scanning and declare their sexual orientation on the Kinsey rating which includes groups ranging from exclusively heterosexual to exclusively homosexual.

The fMRI results showed a very similar pattern of activity between the different groups and involved activation of both cortical and sub-cortical areas, mainly in areas that are rich in dopaminergic ("feel good") neurotransmitter activity. These areas included the hypothalamus, ventral tegmental area, caudate nucleus and the putamen, as well as the insula, hippocampus and anterior cingulate cortex. Dopaminergic activity is strongly linked to other neurotransmitter activities - such as those mediated by oxytocin and serotonin - which are thought to be important in regulating emotional relationships and bonding between individuals.

The studies also showed that there is extensive de-activation of large parts of the cerebral cortex when lovers - whether heterosexual or homosexual or whether female or male - view pictures of their romantic partners. The de-activated areas involve parts of the temporal, parietal and frontal cortex and include cortical areas thought to be critical in judgment. This may account for why we are often less judgmental about our lovers and lends credence to the old adage "love is blind".

Professor Zeki said: "Passionate romantic love is commonly triggered by a visual input and is an all-consuming and disorienting state. Previous studies have demonstrated that despite the complexity of this emotion, the brain patterns triggered when viewing the face of someone you're in love with are limited to only a few, though richly connected, brain regions".

This made it plausible to the researchers to suppose that it would be possible to detect any differences relatively easily. Given the profound similarity in the sentiment of love expressed in both opposite or same-sex contexts, the authors hypothesised that the pattern of brain activity in response to viewing the face of a romantic partner would be the same in the different groups.

Professor Zeki said that the study was influenced by a reading of the world literature of love, from Plato to Shakespeare, Dante, Rumi, Verlaine and others, in which very similar sentiments are expressed whether in the context of opposite or same sex relationships - and this ambiguity is reflected in the results.